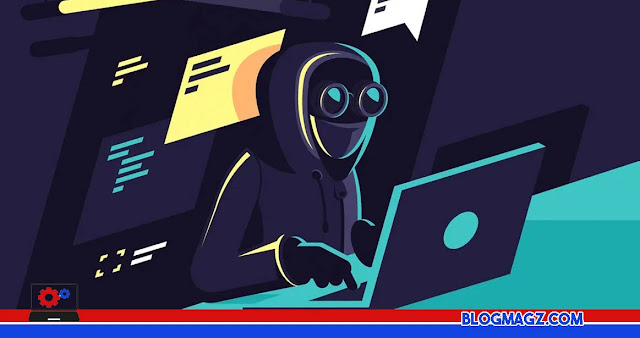 What is a DDoS attack? How can you make big games like Pokemon GO down? Not only will explain about DDoS, Blogmagz will provide a list of software or tools commonly used by hackers to conduct DDoS attacks.

Let's make the first parable. What happens if the place with a capacity of only 100 people suddenly filled with 1000 people? People find it difficult to get in or out, and even all the normal activities can not be carried out there. That's how DDoS attack or DDoS attacks work.

DDoS attack is an abbreviation of a Distributed Denial-of-Service, which is an attempt to defect source computer with thousands of zombies attack that can not be used. Negative goal is.


Software that is often used to carry out DDoS attacks

Unlike Linux operating system is a favorite for hackers, hacker favorite software very much, depending on their needs. Now, when talking about DDoS, professional hackers generally use a special method.

You could say that the LOIC (Low Orbit Ion Cannon) is the most popular software used to perform DoS. Windows-based software is effective to send a large number of ICMP or UDP packets to the target. Loic has been used by Project Chanology 4chan in an attack on the Church of Scientology websites in 2009. In addition, Loic is also used by Anonymous in Operation Payback against PayPal, Visa, MasterCard, and for cutting off the flow of funds donated to Wikileaks.

Not only to defeat the enemy of the other planets in the superhero movie The Avengers, Hulk can also be used to create domains fall. No, this is not HULK which has a large green body, but this is intolerable burden HTTP King. This software will create confusion server that will reduce their ability to cope with DDoS attacks.

If you wish to be able to topple a simple domain, then just use UDP Flooder. This software works by flooding the target with UDP. Well, most of which use UDP is an online game. Thus, UDP Flooder is very effective to subvert the online game.

RUDY (RU-Dead-Yet) is a DDoS attack software that works in a unique way. After you run this software you will be faced with the option to overwhelm your target with a POST request.

No, this is not the hammer of Thor. But this ToR Hammer is a DDoS attack software that works through the TOR network to disguise attacks and also limit the mitigation process. TOR pathway is a risk of using the existing network slowness, but this method is quite effective.

If you have little knowledge in the field of coding, you may be interested Pyloris. This software for DDoS attacks allow you to build the structure of your own HTML request header. Then this software will work to keep TCP open road as long as possible to drain the bandwidth of the server. While this is happening, there is no protocol that allows other users to enter.

The software developed by the Open Web Application Security Project (OWASP) and ProactiveRISK created to test the resilience of the web application or DDoS attacks. There is a unique, OWASP Switchblade is available in three models, the Half-Open SSL, HTTP Post and Slowloris which can be selected as needed.

DAVOSET (DDoS attack through Other Sites Execution Tool) is a DDoS attack tools that use zombie systems to distribute attacks on the system. This software works by using an XML Abuse of Functionality and External Entity vulnerability in the site and turn them into zombies that can attack our target.

By utilizing a random IP address, DDOSIM will simulate an attack by making a full TCP connection (SYN-SYN / ACK-ACK). The software is also capable of simulating DDoS attack against an SMTP server and TCP flood randomly.

So, now you can try to use the above software to test the strength of your sites against DDoS attacks. Or you can also use the tool above to have fun trying to reduce the bandwidth domain of others.
#Hacks #Tech
Share
Comment