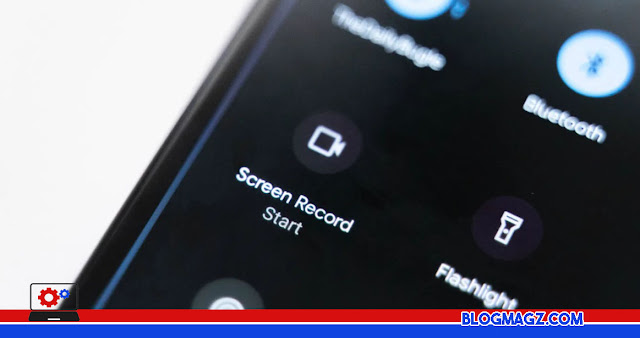 Blogmagz.com - List of the Best and Free Android Application Screen Recorder. The android is an operating system that is Open Sources. What is Open Source? The meaning of the word Open Source can be interpreted as "free." So, you can change, tweak or modify the Android system to your liking, as long as the product warranty is lost because it was modified. Speaking about the problem of Android, of course there will be no end, because Android itself continues to evolve over time so that users feel at home and comfortable using Android Smartphone.

Some smartphone and tablet products in the world mostly uses the Android operating system such as Samsung, Lenovo, Oppo, Asus, Xiomi, Smartfreen, HTC, LG, Motorola, and other smartphone products. Applications are very abundant, easy to use, and relatively low prices make people prefer smartphones with Android OS. In addition, users can also download a variety of applications for free through Google Android Play Store.

For this time I will also share about #android application that can be used to record or Android Screen Recording. Applications such as these are typically used by Android users to give a tutorial on Android Tips and Tricks. Relax, I shared applications are secure and easy to use. In addition, you also do not need to root an android phone. Simply download via the Google Play Store, so you can quickly open and run it.

The first application, called Free Screen Recorder No Root. Judging from the name alone, this application does not require rooting. So you do not have to bother rooting Android phone. Simply by downloading this app through Google Play, then you can directly use it to record Android screen. An interesting feature of this application is able to record screen android with excellent quality. Even when you're playing games or watching video, this app will keep recording. Suitable for those who want to make a tutorial about tips and tricks android.

The last application that I can recommend to you is called Screen Recorder. This application is quite interesting for you to use, because the application does not have restrictions on the tape. Also, if you want to stop or stop recording, just shake it and the app will stop working.

Thus a review of Applications That Can Be Used To Record Android screen, hopefully this review can be helpful and beneficial for all android users.