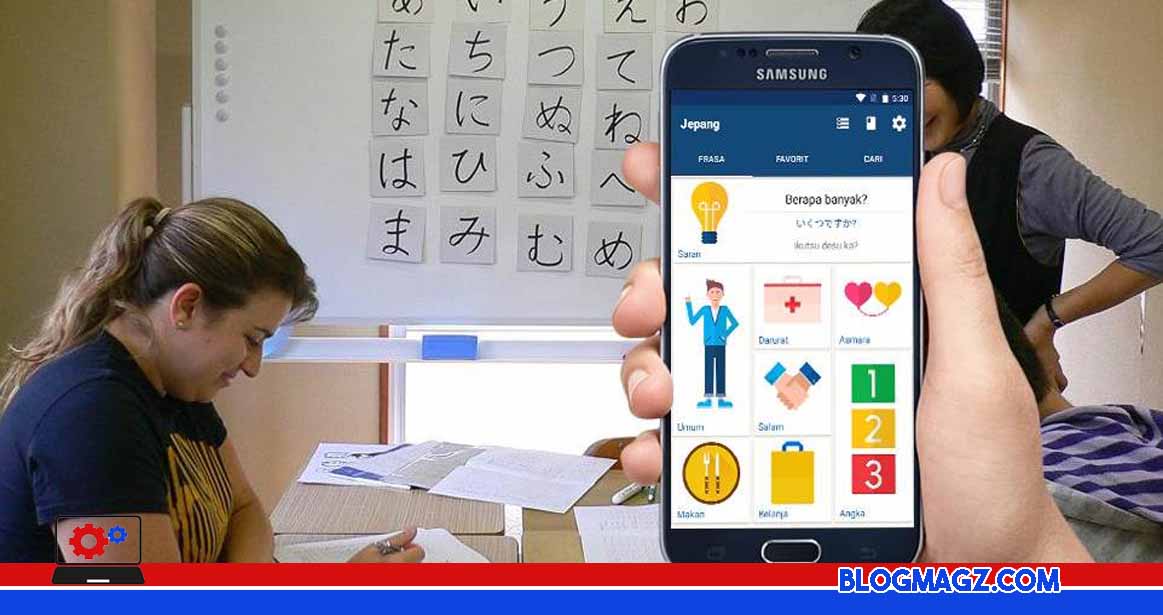 Therefore, we need at least understanding 2 languages, namely the language of our own country and the international language or English. However, there are no limitations to foreign languages. You can learn any language you want, apart from adding knowledge, this will also make it easier for him to understand what other people say in a different language.

In this article, I will review some applications that can help you learn Japanese. For more details, see the following review.

Apart from that, there is a hellotalk too. This application is the best social application Google Play 2017 in several choices. In this application you can learn in two ways, namely through text or by talking or talking.

Through text, that means you can have a conversation with someone and repair each other in the wrong language, or by speaking, namely by watching direct classes available in the application.

The next application is Mondly . Mondly has a chat bot feature that can help you adapt to the Japanese that you just learned. In addition, this application also includes a Daily Lesson which will make you more fluent in Japanese. Some things that can catch your attention when learning languages ​​at Mondly , namely.

After completing all the lessons, you will have mastered 5,000 practical words and phrases.

After that there is Tandem which is also an application that will teach you how to speak foreign languages, one of which is Japanese. In this application there is also a chat feature where the application will find the person according to your suit.

So that you will find it easier to learn languages ​​that are not standard or everyday language. Apart from that this application also has other features, namely:

“Tandem is the best way to learn, practice and speak many languages ​​from around the world. We have native speakers from all over the world that you can use to practice the language. "  Write it in the description of Google Play. How, are you interested in this one?

Learn foreign languages ​​is easier with fluenen. With fluentu, we can learn the various languages, one of which is Japan, which we currently discuss.

With your fluentu application you will be taught music videos, film trailers, news and inspirational lectures. With this application the secret how far you can speak foreign languages ​​will be maintained properly and not allowed to leak.

Furthermore in the line is Memrise, an application that has been launched since 2013 on Google Play and won the Google Play I / O award for the best 2017 application. On the Kemris you will be taught the daily words and phrases used by the local community.

In Memro you will learn when you play, defeat aliens with a foreign language. Repetitive methods can make it easier for you to remember. This application can also be run without an internet connection.

Learn interesting foreign languages, not only to improve understanding but also to expand our search, can speak foreign languages, we will be able to read books in local languages, we can also watch foreign movies without subtitles, or understand songs even without seeing meaning , There are so many benefits of learning languages ​​that I don't mention here.
To learn Japanese is quite difficult, not only learning meaning, we also have to learn letters to read them. But back to each individual, there are people who are easily learned, some difficult.
But the most important thing is how determined we are to learn foreign languages, whatever method is, if we are serious, it can be achieved.