10 Recommended Apps for Converting Text to Speech on PC

10 Recommended Apps for Converting Text to Speech on PC 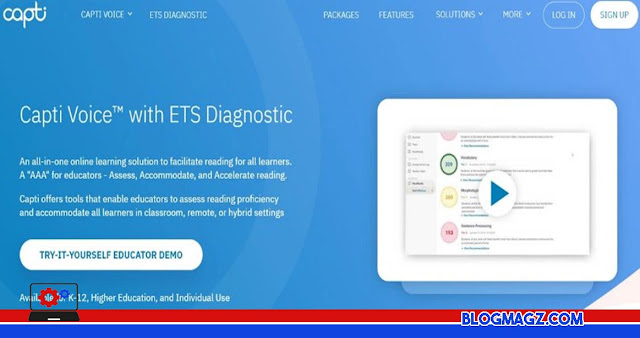 Blogmagz.com - Not everyone is born with perfect eyes. However, they also need to use a PC and read books or documents. To overcome this, there are already so many applications that can change the text into sound.

The need for applications like this is not unique to people with low dyslexia or vision. The reason is, by changing PDF files into sound, you can listen to it when cooking, jogging, or other activities. 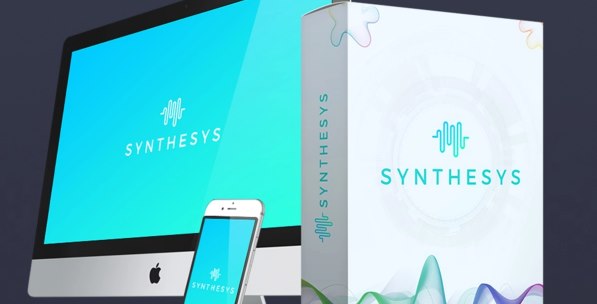 Some applications that convert text to sound usually uses machine technology. Usually this makes the sound quality sound of monotonous or robot. So, if you want an application that turns the text into a voice that uses a real human voice, select synthesis.

Some testimonials of people who have used this software claim that the results of the sound produced are as good as they get from voice actor services in Fiverr and similar sites.

Not only offers paid services, natural readers can also be used for free. This application, that can be downloaded for Windows and Mac, has a variety of sounds, men and women.

For English, natural readers offer different types and types of sounds. Simply adjust to your brand's tone or style. Not only English, there are also sounds from other languages ​​that can be added as add-ons such as Japan, German, Arabic, and more.

For each additional sound audio, it costs $39.50 charged. Natural readers are also quite dense to offer sound that sounds natural. It's just that we feel that some sounds still sound like a robot's voice, it hasn't been able to compete with synthesys.io that uses real sound actors.

Some of the main features include a mini board that can change any text on the desktop of a web browser or another application, just by selecting the part of the text you want to "read." You can also choose document files such as PDF and Word, so you can change the novel into an audio book.

For PDFs containing footers and headers, the application can be adjusted so that the footer and header are not read in the MP3 audio file it produces.

For personal licenses, it costs $ 99.50 charged. This personal version is what you want to use if you want to convert your document into MP3 files. The most expensive package, there is a final license for $ 199.5 which includes six natural sounds.

It's quite expensive, but at least the prices listed are the one-time purchase price, not a monthly price. Still worthy if you are a company engaged in the audio book sector.

This one comes from Amazon, a brand whose reputation has echoed throughout the world. So, it's certain that Amazon Polly will provide maximum satisfaction to produce sound from the text you have.

With Amazon Polly that supports lexicon tags and also SSML (speech synthesis markup language), users can be given the freedom to adjust audio output, such as reading speed, pronunciation, intonation and volume.

Not only that, Amazon Polly also provides nerve sound types which are the result of enhanced machine learning technology. Like that. Sound results can sound more natural and like coming from true humans.

Amazon Polly also offers two different sound categories, such as newscaster attached to the voices of people who tell weather forecast, and also conversations. As the name implies, the sound of conversation is more casual, like chatting between two friends.

However, Amazon Polly rates are rather difficult to measure. It offers prices according to the number of requests and the number of characters of the text you want to convert to sound.

However, if you want to use it for free, there are free tier periods that can be used for free during the first year, even with a limited number of characters, 5 million characters per month (standard) and 1 million characters for nerve sound. One more thing, Amazon Polly requires you to create an AWS account (Amazon Web Services).

Are you a teacher or officer in the education industry? If so, you must know about the Capti Voice application which is intended to make it easier for teachers to provide the best instruction to their students.

With features that really support learning, Capti Voice has been trusted by many educational institutions to develop students' spelling and reading skills with natural and customizable text to speech technology.

Capti Voice also supports access via the browser for convenience, and can be synchronized with various devices so that admins can move from PC to PC freely. Users can also import documents in various ways, from the LMS platform, via the Cloud, or from photos containing text.

This is a text to voice converter application specifically designed disabled people such as blindness or dyslexia. To voice Dream Reader includes features that can modify text such as enlarging fonts, colors, spaces, and margins.

The sound dream application will synchronize sound according to the highlighted text, and supports almost all document and sound formats such as PDF, EPUB, Daisy, Word and PowerPoint files, and HTML.

The purchase of sound dream licenses also includes one premium audio produced from Acapella Group, a professional voice provider company with a voice of life. If you want extra noise, you can buy audio tracks on in-app purchases, costs vary from $1.99 to $4.99 per file.

Linguatec voice readers are divided into four types. If you want to use the application for yourself, just use the sound reader's house. You can convert any text to sound with this application, but it is only intended for local use and is prohibited from being published. Suitable for those who want to change PDF into audio books. It costs 49 euros for one voice.

Then there is Linguec Voice Reader Studio. As the name suggests, you can have studios that produce audio from text and can be published freely. It's suitable for youtubers who need natural narrative sounds for their videos, without having to hire actors. The price is around 499 euros for one language.

There is also a sound reader of the Linguatec web that can change the entire text on your website into sound, so that your website can still be enjoyed by people with disabilities such as low-vision, dylexia and blind people. Finally, the Linguatec sound reader server for companies that have a large number of PDF files they want to read.

Are you stuck on a limited budget? There is also a free text-to-speech converter for the Windows operating system called Balabolka. Equipped with an easy-to-use interface, Balabolka can be used as a flagship software to import document files from various formats into sound without filling a penny.

The output file is also quite diverse, such as MP3, WAV, MP4, and more. By offering control features, sound speed, pronunciation and volume can be adjusted according to user preferences. There is also a bookmark feature that you can use to return to the last text when you use this application before.

So, those are some recommendations for a text to voice converter that can be considered. Most of the ones we recommend are able to provide natural-sounding sounds, it's just that not all can be published and are only intended for personal consumption.

Some of the prices are quite expensive, but this certainly returns to the needs scenario. If you just need an app to listen to audiobooks, there are already apps like Balabolka that can convert to MP3 for free. Just put it in your cellphone and play it, you can listen to audiobooks from your favorite novels without spending a dime.

However, if you have a more serious need, Linguatec Voice Reader Studio and Synthesys.io can fulfill your desire to become a source of voice provider for clients. But, you do need to pay a lot of money too. Well, so which text to voice converter app have you decided to buy?