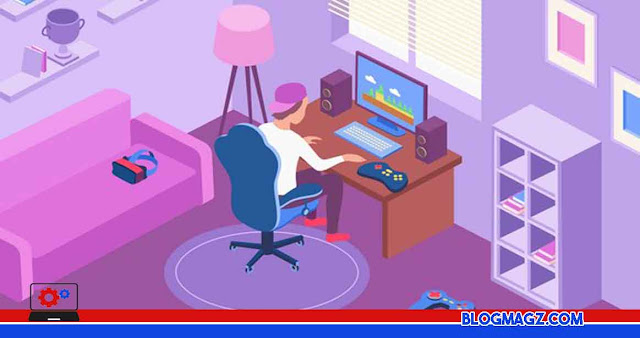 Blogmagz.com - Recommendations for free and most popular online PC games. Not only mobile games, PC games are also very popular. In fact, there are many gamers who prefer to play games on a PC than on cellular devices.

No wonder you prefer playing PC games, because in terms of graphics, PC games are much better and with wider monitors, of course, and easier control. There are also many other interesting game choices, from free online PC games for paid. Well, this time I will discuss recommendations for the best free and most popular free online pc gamers. 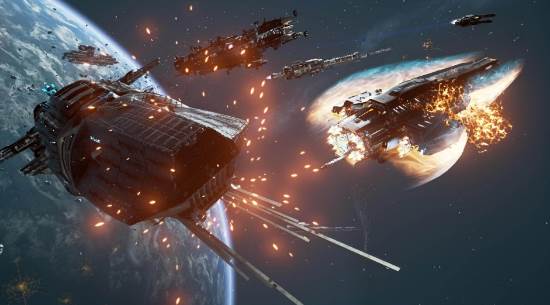 The first free online PC game that will be discussed is Fractured Space. This game has an MOBA that is unique because it is not filled with mythological characters, magic characters, or heroes. But taking the background of outer space.

In this game takes a different concept, where you play MOBA by playing a spaceship with the aim of destroying the opponent's base before your base is destroyed. In general, the storyline taken is indeed similar to other MOBA games, but the concept and background are what make it different.

The second free online pc game is Star Trek Online. Usually, a film that is adopted into an online adventure game rarely gets a place in the hearts of gamers. And usually games with the theme of outer space will not last long in the game world. But it looks like Star Trek Online is an exception.

3. Paladins: Champions of the Realm 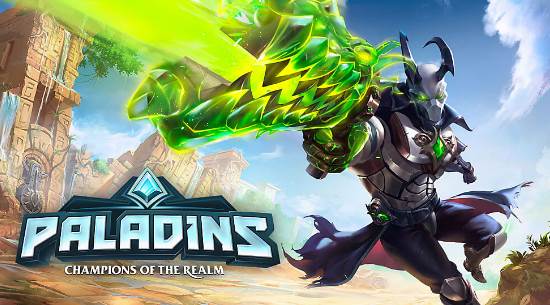 The third free online PC game is Paladins: Champions of the Realm. This game is included in the Battle Royale sub-genres such as PUBG and Fortnite. With a variety of unique characters to choose from (known as Champions), each match offers an objective based experience that is fun without leaving a competitive impression.

The fourth free online pc game is Warface: Blackout. This game takes a third person perspective with 4 different levels in the game. The 4 levels consist of Sniper, Rifleman, Engineer, and Medic. So you can choose the character as you want.

Players compete against each other in PvP matches or combine efforts against AI enemies in PvE. When players complete these matches and missions, they will earn experience points, Warface Dollars and vendor points.

The amount earned varies depending on the number of players, the missions played (duration, number of checkpoints, etc., to prevent or reduce potential upgrades between players).

And uniquely, each class is fully armed to defend itself from enemies. All types of weapons are here, from assault rifles, semi-automatic rifles and several other weapons that will make this shooting action very interesting.

The fifth free online pc game is Art of War: Red Tides. This game is a unique new game that combines MOBA and RTS elements. And interestingly, the game made by former Tencent Games staff can later be enjoyed on PC platforms, mobile devices (iOS & Android) and consoles.

According to information currently circulating, Art of War has pocketed Steam Greenlight and will be released for the first time on the popular gaming platform.

6. The world of Tanks

The sixth free online pc game is World of Tanks. This game takes the Vehicular Combat genre. What's unique about this game is that the characters are not humans who shoot each other, but tanks. So, you could say this is an MMO genre PC game, it's just that with a unique tank character, the voice pack that is presented is also quite interesting by taking the voice of Girls und Panzer.

The seventh free online pc game is Team Fortress 2. This game is a free FPS game that has never been out of the ranks of the five most played games on Steam. Team Fortress 2 offers a unique and fun class system, plus a wide variety of weapons and costumes.
Unlike other FPS, Team Fortress 2 has ridiculous and 'excessive' cartoon graphics. You can make your character fly high using rocket bounce, use a water gun to kill your opponent or shoot a laser at a friend to keep him from dying for a period of time.

The eighth free online pc game is Dota 2. Dota 2 is the sequel to the DotA game, a mod of Warcraft 3, where you and four other people have to destroy enemy bases and also defend your own base at the same time.
In terms of gameplay, Dota 2 is no different from the original DotA, and remains one game with a challenging and difficult complexity and learning curve than other games of the same genre.
If you're looking for something different, Dota 2 Reborn now has an Arcade feature that allows you to play on community-made maps. Imagine, you can play Dota 2 with twenty people at once in Dota 10v10, the attraction of using Pudge in Pudge Wars, to see Bleach and One Piece characters fight each other in Bleach vs One Piece Reborn.
In addition, outside of the basic game content and design, all additional content in Dota 2 is not made by Valve, but from the community and its fans. The cosmetic items or accessories that exist today are mostly created by outside designers, while small tournaments are held by the community or other parties. Contributors also benefit financially from each of their contributions to Dota 2.

The ninth free online PC game is League of Legends (LoL). This MOBA game produced by Riot Games is played by 27 million people every day. Gameplay in LoL is similar to Dota 2, where a team of five will control a character (in LoL called a Champion) with the unique ability to destroy or take over the opponent's base (Nexus).
What makes LoL unique is the game time mechanism which is shorter than Dota 2, which is about twenty minutes per match. Even though the timing mechanism is fast, battles in LoL are not as hostile as Dota 2, so don't be surprised if one opponent just dies after ten minutes of play. LoL is suitable for those of you who want to play MOBA games full of strategy at a fast tempo.

The tenth free online pc game is Planetside 2. Do you like to hear the rattle of bullets on the battlefield? If large-scale war is what you want, then there's nothing wrong with plunging into the wilds of the battlefield in Planetside 2.As a member of three warring actions on Planet Auraxis, you'll be swept away in the thrill of fighting over the vast Planetside 2 battle map. .
With hundreds of players forming battle battalions and competing for changing locations, Planetside 2 provides a large-scale FPS experience that is very dynamic and varies in every session.
It is difficult to express how hectic the battlefield was when all the battalions were fighting over the same strategic area. However, if you win and manage to master it, the satisfaction achieved will not be able to be expressed in words.
These are the 10 Best and Most Popular Free PC Online Game Recommendations. Come on, try writing a PC online game that you like in the comments column below. Or write your recommended version. Thank you.
#Games
Share
Comment