This is The Best Terminal Apps For Android 2021

This is The Best Terminal Apps For Android 2021 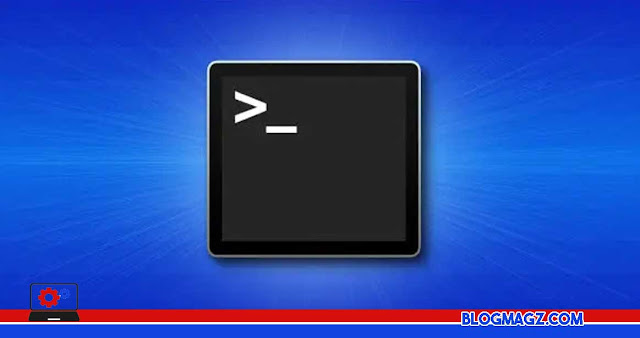 How the Terminal application on Android functions is almost the same as the CMD (Command Prompt) application works on Windows or Linux, which runs certain program commands by typing the command code

For example, our Ping Ping Google, we use the Ping command code, for example Google.com ping, Ping Faceboook, or can ping a collection of blogmagz.

Using the terminal emulator on Android is expected to open application edit or even modify the operating system on Android, so we can also learn the basic commands of Linux and windows that can be used in this interpretation.

What is a Terminal Application

Terminal app is an Android app that can be used as command prompt, which works like CMD on the PC. which can provide terminal access to communicate between the two computers. This application also often uses the Linux command code to run certain programs or applications on your Android smartphone by executing the commands you input.

The best collection of terminal applications on Android

The first terminal app, the first best emulator is the TermusX, a powerful and powerful android terminal emulator, thermasical allows you to enjoy shells and edit files and access servers. Based on Linux
System language, code code and way of working in the TermusX application the same as Debian Linux or Ubuntu Linux, This app is often used by programmers and developers to learn Linux Ubuntu and Debian.
You can learn a lot by using this Termux application, you can connect to the server, edit files, change systems, network settings etc.
Termux Features:

The second best terminal application is Linux Deploy, this allows you to use Linux on any Android device by allowing you to run a number of Linux files with distribution supported for Debian, Ubuntu, Linux, Gentoo, and more.
This application is open source software for the installation of the GNU / Linux (OS) operating system that is fast and easy on your Android device.
This program supports multi-language interfaces. You can manage the OS installation process, and after installation, you can start and stop the service from the new system (there is support for running your script) via UI. The installation process is reported as text in the main application window.
During installation, this program will adjust the environment, which includes basic systems, SSH servers, VNC servers and desktop environments. The program interface can also manage SSH and VNC settings.
Linux Deploy Features :

The best terminal app for beginners, who want to learn Command Prompt on Android, a free accessible app for rooted / non-rooted devices that gives you full access to Android's built-in command shell. You can easily customize the colors, fonts, keyboard type, shell and even the interface of your emulator.
Access the Shell Line Command Linux Built-in your Android. Remove your inner addicts!
Android Terminal Features:
For information about the best Terminal Applications for Android that we has tried, you can use the Android emulator terminal application if you are still a beginner or a beginner, if you don't know the basic command code for the above application.
#Android #App #Termux
Share
Comment