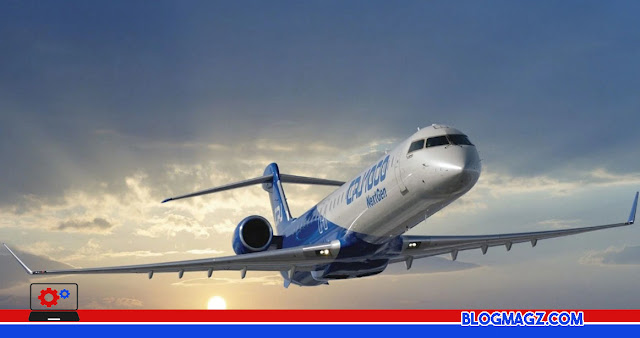 Blogmagz.com - A trending video shows Garuda Indonesia falling in mid-air while trying to land at an unknown airport where it is, before landing. Video clips showed the plane hurtling into the plane. However, the video clip is not real but rather a computer work that was reportedly published by Youtube user – Bopbibun on May 2, 2020. The clip showing the plane hurtling down was just a computer-generated FAKE.

You can see the video Garuda Indonesia Plane Crash from Instagram as below:

Has a Garuda Indonesia plane ever crashed?

On March 7, 2007, a B737-400 belonging to Garuda Indonesia derailed at Adisutjipto Airport, Yogyakarta Indonesia. The plane caught fire. 21 passengers were killed. The pilot was sentenced to two years in prison.
Flight GA200 Jakarta-Yogyakarta was carrying 133 passengers and seven crew. Reporting various sources, severe shocks occurred twice when the plane landed. The shock was followed by sparks and smoke from the front wheels. The plane was out of control, passing the runway until it sped into the grass and down the embankment with a depth of three meters, passing the road separator until it went down the two-way highway. The plane stopped at a peanut garden.
The plane was already on fire by then, with two engines on the left and right having come loose. Suddenly a big explosion happened. Dozens of rescue teams, including a number of fire engines and ambulances responded.

The National Transportation Safety Commission (KNKT) released the results of an investigation that said the aircraft approached too sharply. What is an approach? Approach is the landing phase when the aircraft approaches the runway. The correct approach is when the altitude, speed, and limit of the glideslope are below the tolerance limit. In the context of the GA200 crash, the plane was late to touch the runway.
The pilot tried to catch up with the delay. But it failed because the vertical speed was too high. When the wheels touch the runway, the plane becomes difficult to control. A clash of work occurs. The plane bounced off the runway.
Din Syamsuddin who was still the Chairman of PP Muhammadiyah was on the plane. He testified how the plane was like gliding unstoppable. The condition of the cabin then shook violently.
"It's like it's just sliding and it can't be stopped. Then, everything shook violently. When it stopped, I kind of woke up again," Din said, as reported by Kompas.com the April 12, 2007 edition.

The pilot of the GA200, M Marwoto Komar, was sentenced to two years in prison for the crash. The verdict was handed down by a Sleman District Court judge after nearly six months of trial.
The sentence is two years lower than prosecutors demanded. Marwoto is considered to have committed a criminal offence related to the crash that resulted in the aircraft being unusable, or damaged, resulting in the death of a person and posing a danger to others in accordance with the Article of punishment imposed in Indonesia.
Marwoto did not communicate the problems he faced during the landing preparations to Co-pilot Gagam. The absence of coordination that the judge said caused the impact of the plane crash was not minimized.
That's the news about the Garuda Indonesia Plane Crash. You now know if it's fake news.
#Other
Share
Comment