How to Use Facetime on Android. Works!

How to Use Facetime on Android. Works! 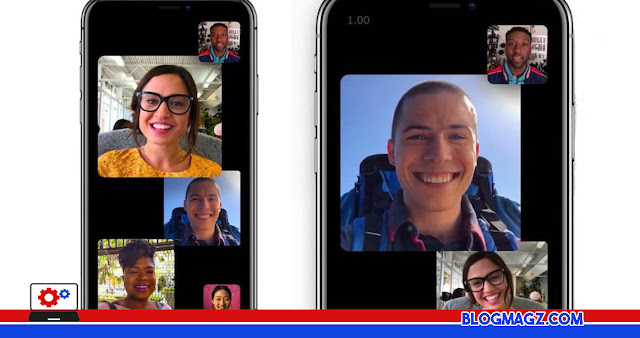 Blogmagz.com - Facetime is a video calling application developed by Apple. Like most applications made by Apple, Facetime is only available exclusively on phones running iOS.

In fact, the Facetime application is known as one of the applications that has many users. Especially among iPhone owners. Because it offers convenience in making video calls. The good news is that now Android users can also use Facetime. In the iOS 15 operating system , the company has added a new feature that allows iPhone users to Facetime with Android users.

How Facetime Works on Android

Additionally, you can’t install the Facetime app on your Android phone either. But you can still make Facetime calls with friends who use iPhones, iPads, to Macs. Previously, you needed to ask a friend who has Facetime to share the link first. After that, the link is sent to you. After that, you can open the link in a browser application. For example the Chrome app. Facetime on Android.

How to Use Facetime on Android?

Again, in order for you to join a Facetime call, you need to get the link first. Then, not the link in the Chrome browser app.

More complete, here are the steps on how to use Facetime on Android:

By using Facetime on Android, you don’t need to install the application. And without an iPhone, you can still connect with friends who use the device. Of course communication will be easier, right?

A Look for FaceTime for Andriod

Apple announced that the video call application, FaceTime, can be used on Android and Windows devices. The tech giant announced it along with a number of updates for iOS, iPadOS, watchOS, and MacOS.

As MacRumours mentions, FaceTime is getting some improvements in the upcoming iOS 15 operating system that will make it look and function more like Zoom and Microsoft Teams. Includes participant view and the ability to schedule calls. The iOS 15 operating system will generally be released in July. After downloading the new operating system, users can make FaceTime calls to non-iOS devices, meaning they can be accessed by Android and Windows users.

How to access FaceTime services via Android and Windows is fairly easy. Users do not need any additional applications, just take advantage of the existing ones. So, iPhone or Mac users on iOS 15 can create a FaceTime invite link.

At least the web browser supports the H.264 video encoding standard. But those participants won’t be able to make Face Time calls until the Apple user who set them up agrees.