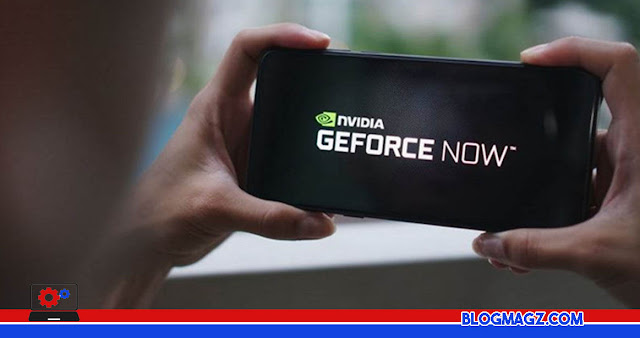 Blogmagz.com - Playing games on a cellphone has proven to be just as exciting as playing games on a PC. This fact can be seen from the great enthusiasm for the emergence of Android games such as PUBG Mobile, Fortnite, and Clash of Clans. Another proof can be seen from the large amount of money made by popular Android games.
New games are constantly being added. Even then several game streaming services appeared for the Android platform, one of which was GeForce Now. At first GeForce Now was only provided by Nvidia for PC and Macintosh. In 2019, GeForce Now was released for Android to allow users to stream games from phones and tablets

Features and Advantages of GeForce Now

The requirements that must be met to run GeForce Now are relatively light so they can run on most cellphones and tablets. The minimum requirement is 2GB of memory, Android L, and supports OpenGL ES 3.2. However, it requires a fast and stable internet connection. Nvidia recommends at least a 15 Mbps internet connection to be able to run games on GeForce Now smoothly.
Game performance is largely determined by the quality of the internet connection. When you stream games online via GeForce Now, the game is processed by Nvidia's servers to be sent to your cellphone so you can play heavy games without having to have a cellphone with super-sophisticated specifications.
In addition to a high internet connection, the use of a gamepad is also highly recommended. The reason is not solely because of the convenience factor, but also because there are some games that require you to use a gamepad.
What makes GeForce Now different from a number of other game streaming services is that you don't have to buy games from Nvidia to play games. In addition to the game collection provided by Nvidia, you can also play your own games on GeForce Now using a Steam, Uplay or Epic account. However, the games that you have purchased through the three platforms must already be registered in the GeForce Now catalog. Games that have not been registered will not be able to play on GeForce Now.

GeForce Now isn't the only cloud gaming provider. There are many others. However, if you compare it with Google Stadia, GeForce Now has its own plus which can be seen from the input lag or also called input latency.
If for example your internet connection is only 5 Mbps, you can still play games without lag on GeForce Now even though the graphics quality has decreased drastically. In contrast to Google Stadia, the lag is so severe that the games in it cannot be played at all.
So, if you want to play heavy games but don't want to buy a gaming cellphone, GeForce Now is a smart solution that is worth trying. But before running the application, please keep in mind that streaming games requires a lot of bandwidth. Download the latest and free GeForce Now APK via the link below:
Download