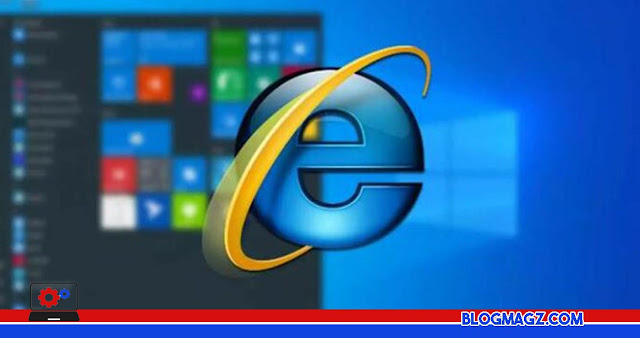 Microsoft is rumored to be closing Internet Explorer in the near future, the web browser that has been released for a long time will be closed because there will be other browser developments currently being worked on by Microsoft.

Who does not know Internet Explorer? A browser that is light and reliable to use, it is planned to be closed in the near future. PC users with the Windows operating system, will no longer be able to access the internet by using the services of Internet Explorer.

Reporting from Etnow, Microsoft has finally announced that it will soon close the operation and full access to Internet Explorer. The web browser, which has been operating for more than 20 years, is no longer compatible with the latest devices from Microsoft.

Internet Explorer is predicted to find a replacement, where currently the giant company Microsoft is working on a new browser service. The browser, which has been around since 1995, was part of the Add-Package Plus for Windows 95 at that time.

After a long wait, the Internet Explorer service will finally stop operating completely in the next few months. Microsoft as the company that oversees Internet Explorer, announced that the discontinuation of the software will begin on August 17, 2022.

Microsoft itself has announced the termination of Internet Explorer since 2020 ago, but this does not include a complete stop. Where until now, PC users with the Windows operating system can still use Internet Explorer to the fullest.

Slowly, Internet Explorer will begin to be stopped operating. Starting from some incompatible features, to being removed from the list of software in the Microsoft Store. Everything will be done gradually by Microsoft.

This is because indeed, versions of Windows 7, Vista, XP, and Windows 95 are dominated by older devices. Meanwhile, Microsoft already has many series of devices with superior technology and features, which are no longer compatible with web browser systems.