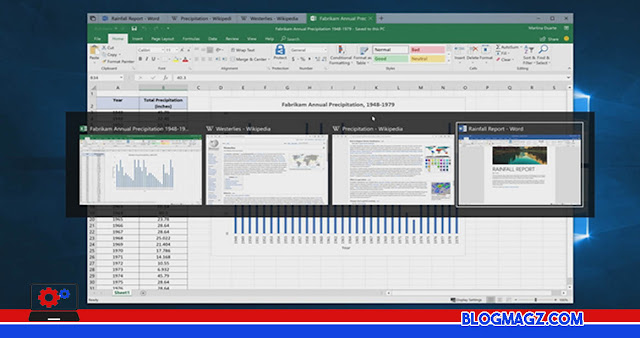 Microsoft is indeed famous for a variety of keyboard combination features that can access faster, but Windows 11 22H2 users may soon lose the versatile features of ALT + TAB which was found to have been removed in the latest version of Windows 11 Beta Insider Dev, Monday (05/09).
Since its initial release on Windows 10, this ALT + TAB feature can make it easier for users when accessing things. Through this solid keyboard combination will make it easier to access when working, moreover, the Windows 10 system brings much better progress than the Windows 8 system that will be discontinued.
After updating the Windows 11 system to 25193, users found that this ALT + TAB feature could no longer be accessed or displayed. However, this seems to be shared by one Twitter user who has tried various kinds of the latest features of the Insider Dev version of Windows 11.
Xeno Panther shared his short-duration video regarding a Windows 11 system with Build 25193 that can no longer display ALT+ TAB in the classic interface. Because previously even though it had used Windows 11, Microsoft still carried the classic design of ALT + TAB access.
Although according to him, ALT + TAB will use the view of the same Registry Key, but it seems that Microsoft has completely changed the appearance of access ALT + TAB. This move you can immediately see in the following video snippet.
This change chosen by Microsoft may be a good move, given Microsoft's desire to present the Windows 11 22H2 system which will certainly be completely overhauled. The new features and their appearance seem to be different from the initial release of Windows 11.
Users also found that in fact Microsoft gives this access as an option, for those who are still comfortable using ALT + TAB access with the classic model, then can change it directly by using the old format of the ALT + TAB display.
How do you respond? Are you ready with the latest UI and UX appearance of Windows 11 22H2 that is just a matter of weeks? Share your feedback in the comments below!
#Microsoft
Share
Comment