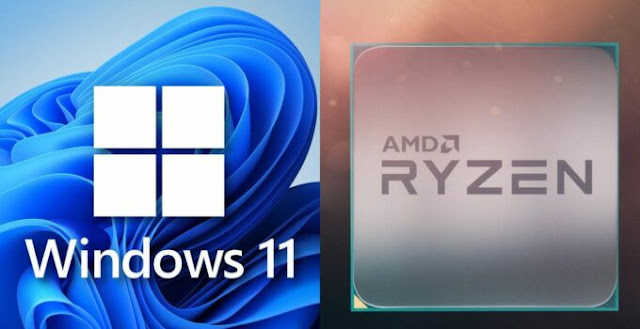 Microsoft has provided an update for their last Cummulative Update in December 2022 yesterday. It seems that AMD Ryzen users are currently experiencing a number of problems caused by the Windows 11 22H2 update, Tuesday (03/01).
It doesn't feel like we have finally passed 2022 with different experiences, this will feel even more memorable for those who have gone through difficult times during the tough years. We from Blogmagz.com wish you during the new year and hopefully we will have a lot of better life experiences in this year 2023.
Well, it doesn't feel like it's been a long time since the news from Microsoft was heard, the last time Microsoft did provide their update support in December 2022 yesterday through the Cummulative Update provided for Windows 10 and Windows 11 users.
The latest news comes from AMD Ryzen users, where there are quite a lot of reports saying that after installing the update in Windows 11 22H2, a number of users get problematic access from their systems. Windows 11 22H2 devices are experiencing Freeze issues after performing the update.
This happens by those who use Windows 11 KB5021255. This report is widely circulated on the Reddit page, there are many users who feel the same way.
"After installing this update on Windows 11 22H2, our clients with AMD CPUs started to completely freeze up at random times for minutes, then unfreeze again." Write one Reddit user.
This problem is felt only by those who use AMD Ryzen, while users other than AMD do not feel a similar problem. AMD Ryzen users who have not made an update for the December 2022 Cummulative Update yesterday also did not get this issue. So, most likely the problem did come from last December's update.
For those of you who are using AMD Ryzen and are getting the same problem, you can temporarily uninstall the update temporarily and then use the previous version. Microsoft has so far also not responded to this issue.
However, if Microsoft already knows about it then they will most likely release a fix by releasing a version of the Cummulative Update for January 2023, this month.
#Windows
Share
Comment