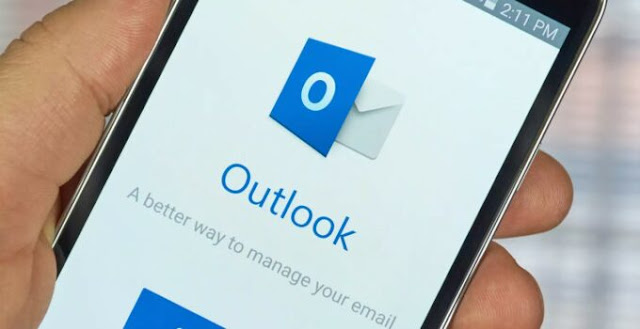 Microsoft earlier this year provided quite a lot of support as well as the validity period of their services for several platforms, now the latest news says that Microsoft will release a number of improvements for Outlook users in Mobile Apps, Friday (06/01).
Not long ago Microsoft has updated the service of Windows Server 2012, which is planned to be discontinued in early 2023. However, it doesn't feel like they are providing support for the End of Life extension until October 2023.
Another latest news comes from the Microsoft Outlook service, which is planned to release a number of interesting improvements for its users in Mobile Apps. Mircosoft said that they will provide updates to improve the experience of using Outlook on Android and iOS.
Microsoft will release the upgrade next month, February 2023. One of the feature improvements provided is the Fordwarding Email fitru, this capability will certainly provide better support because now users can send attachments to the selected email address.
If you don't understand, this feature is similar to the Fordward Message feature on a number of instant messaging platforms. Later users can choose to attach the message body to the selected contact, the same is true in Outlook which makes it easier for users to send attachment messages to selected addresses instead of one by one.

Through the information above, we can see that Microsoft will release this feature starting February 2023. But as it is written, it is likely that Android users will get this support for the first time, then it will expand its reach to iOS users.
For those of you who are using Android, Microsoft will provide the same features as on its desktop version for storage cleaning. Later Microsoft Outlook will provide information if the storage has reached its limit, similar to the version of Outlook in Windows 11.
As for iOS users, in February they will get a number of new features such as improvements in Customizable in the Compose Toolbar that provide quick access to write down emails.
What do you think? Interesting isn't it? Microsoft will certainly provide support for this feature so that its users can take advantage of a number of advantages they offer. The official date itself is not yet known, because the release date may change but not with the predetermined month.
#Microsoft
Share
Comment