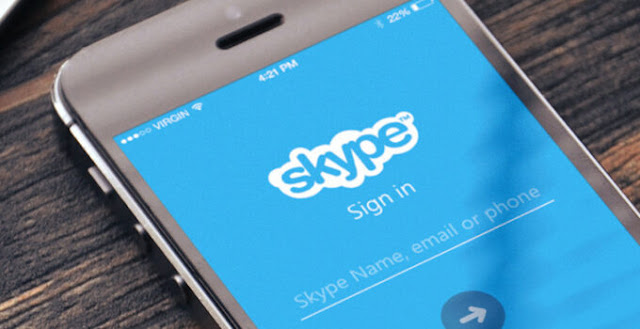 Skype users are likely to experience a number of interruptions to access some of the features in it, this is because Skype is down which causes users to be unable to use the subscription feature, Tuesday (03/01).
Microsoft as the company that developed Skype is currently getting many reports about the disruption of features in Skype, not only that but those who are trying to subscribe.
There are many reports that indicate that Skype users who want to buy a license or subscription always fail, they automatically always fail to be able to connect. This has certainly caused many Skype users to end up looking for other platforms with the same features.
The worse thing is those who successfully subscribe, but at a cost that turns out to be much different. When a Skype user finally manages to sign in to the service and will pay using credit, then Microsoft will give the price up to twice as high.
This is likely a problem with their servers, which causes the system to be unable to read and provide incorrect information. Currently, Microsoft is most likely conducting an investigation related to the issue at hand.
Microsoft through its official page has also confirmed, that presumably Skype is currently experiencing a server down which certainly has an impact on all its users around the world.
"Some users can't spend, gift, or purchase Skype credits or subscriptions, or may be charged twice User Impact: Users can't spend, gift, or purchase Skype credits or subscriptions, or may be charged twice. Some users may also be unable to view or change recently purchased Skype credits or calling cards in their accounts. Additionally, some Microsoft 365 user subscriptions may not be getting their free 60 minutes of Skype calling credits." Microsoft wrote.
The latest news shows that Microsoft is indeed investigating the problem in Skype, but Microsoft 356 users can already activate the subscription manually by following some steps provided by Microsoft.
"We're continuing to review mitigation options to restore credit subscriptions. While we prioritize this, Microsoft 365 users can activate their Skype subscription manually by following the activation steps." Add Microsoft.
Now about how, you can directly follow several ways to activate a Microsoft 356 user subscription by following the way to Skype via the following link.
#Microsoft
Share
Comment