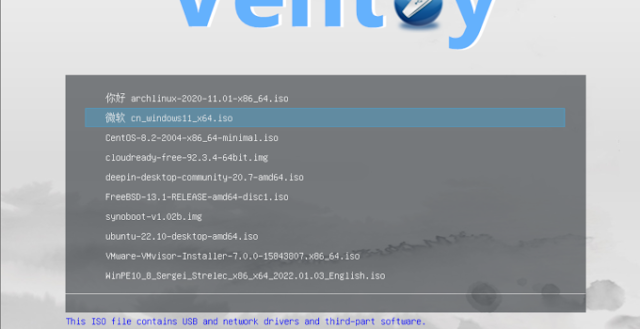 Ventoy is now getting better development than the previous version, in the latest version users have now received support for features such as the Bypass Online Account Requirement in Windows 11, Monday (02/01).
Is anyone familiar with the Ventoy app? This application that runs on Windows has been widely used by developers because it does provide excellent feature support that is quite helpful for its users.
Now Ventoy gets wider support, where in Ventoy version 1.0.86 users are given an option to do the Bypass Online Account Requirement process in Windows 11. What's the point? Of course it will have a quite interesting function because we as Windows 11 users no longer need to create a Microsoft Account.
Generally, when we first install Windows 11, users will be given the option to connect to the internet network. Later we can log in using the Microsoft account we have (register if you don't have one). Of course, it doesn't matter for those who already have a personal Microsoft account.
But for those who don't have it, of course this process will seem troublesome. Even more Windows 11 users want to use the system by simply needing to log in using a local account (without a Microsoft account).
It turns out that through the Ventoy 1.0.86 version update, not only one feature was added, but there are many features that have been developed and improved. Take a peek at some of the Changelogs given below:
For those of you who are still unfamiliar, Ventoy itself is a program specifically designed to be biased to do Bootable. Now Ventoy can combine several systems such as Windows and Linux.
#Windows
Share
Comment