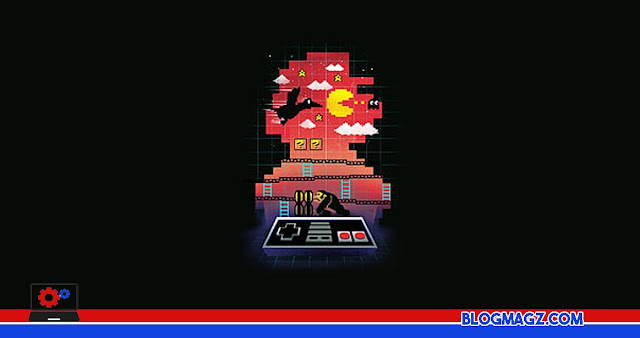 Blogmagz.com - Simple Html Game Code. On this occasion we will share HTML Game Script. Just like the suit game that was made yesterday. This game script does not require an image object using only css, html and javascript code.
Previously we learned about Understanding HTML. HTML documents are files that end with the extension .html or .htm. This extension can be viewed using any web browser for example Google Chrome, Safari, or Mozilla. The browser will read the HTML file and render the content so that internet users can view and read it.

How to play this game is very simple, just by pressing the available button, indeed if you are a gamer, this game is definitely not interesting, but this is very important for programmers to learn to make games.
Hopefully this html games source code can add ideas to develop a better future.
All the scripts that we share here you can take them for free and for DEMO using Android you have to install the soloLearn application first. Anything, check the reviews below.

The first game is car. Simple display and right-left buttons. to avoid the moving car in front. Get the script with the link below.
DEMO GAME DOWNLOAD GAME

If you like to train your brain with chess games. This game is very fun and you can use it as free time while relaxing.
DEMO GAME DOWNLOAD GAME

You must be familiar with this one game. Dinasaurus game that appears on Chrome browser when internet data is offline. What's unique about this game is that it can run automatically, so just stay still, the game will run on its own. Perfect for pranking your friends.
DEMO GAME DOWNLOAD GAME

Next up is the paint runner. This game is very similar to the dinosaur game, only it is not automatic how to play it, just tap the HP screen on Android and the PC press Space to jump.
DEMO GAME DOWNLOAD GAME

The game that was viral during its time was flappy bird. With 3D quality you can play it by tapping on the smartphone screen to avoid the approaching pole object. The drawback of this game is that it seems more responsive to be played on smartphones.
DEMO GAME DOWNLOAD GAME

In this ping pong game you can choose the level to be played. Like Beginner, Medium and lastly Imposible. It looks like by choosing the last level you won't be able to win against the comp.
DEMO GAME DOWNLOAD GAME

Not different from the game above, namely flappyBird. Games that only use a few buttons and depend on gravity with 3-dimensional effects and Flappy Parrot are very responsive when played on a smartphone.
DEMO GAME DOWNLOAD GAME

Simple game of airplane gunfire using HTML5. How to play it is enough to move the mouse cursor or touch the smartphone.
DEMO GAME DOWNLOAD GAME

Game of guessing words or arranging words with a simple display in blue. You can try it with the link below.
DEMO GAME DOWNLOAD GAME

Not only locking the cellphone which can be done with Finger Print. Here you can play by tapping the screen on the cellphone to complete the challenge.
DEMO GAME DOWNLOAD GAME

Do you still remember the snake game on nokia phones? Yep, we are invited to reminisce with this game. with a simple appearance you can play this snake game to fill your spare time. easily download the  snake game html code below.
DEMO GAME DOWNLOAD GAME

A game similar to Aircraft weapons was made by r8w9. But the difference is this game uses additional code such as CSS and JS. A game that has been perfected from the previous game.
DEMO GAME DOWNLOAD GAME

This game of passing is really cool because there is a storyline to enjoy. You can play the Lost in the Woods game on the browser. With the discontinuation of Flash Player for websites.
DEMO GAME DOWNLOAD GAME
To port RPG games to javascript is not too difficult, because the Javascript code is almost the same as the action script code. You can get the game at the link below
How to install some of the games above, just copy the code and make an easy .html or .php extension file, right? You could say this is HTML Game Codes Copy and Paste.
Thus the article about HTML Game Script or Game Source Code that we can convey, hopefully it is useful. If you have questions, please comment.
#Android #Script
Share
Comment