Whether Antivirus Can Prevent Viruses and Malware

Whether Antivirus Can Prevent Viruses and Malware 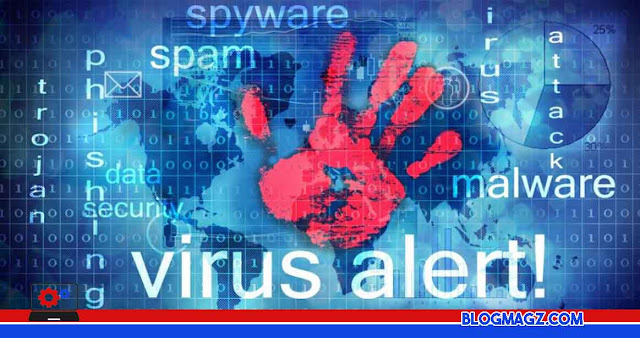 Blogmagz.com - Antivirus is computer software that protects computers from virus attacks. This antivirus will provide protection and security for data and systems on the computer.

Viruses usually attack computers without an antivirus, which causes the computer to become infected with viruses. Some of the symptoms of computers are affected by viruses.

Are you sure that Antivirus Can Prevent Viruses & Malware ? Consider the following explanation.

Assumptions people generally think and believe that an antivirus is a program to prevent viruses and malware. So that when the antivirus detects a file as a virus, we are immediately sure that it is a dangerous file. But are you sure that antivirus  100% really prevents viruses and malware properly? Basically, no algorithm can accurately tell whether this file is malware or not.

How do antivirus work?

We assume that we are having a party, then there are visits from people who are invited and not invited. How did the security guard at the entrance know if this person was an invited person or not?

This antivirus works by using a blacklist. Because basically good files are much more than malicious files. Then what does the antivirus put on the blacklist? Signature.

Antivirus put a signature on its blacklist. Signature is a physical feature or pattern that can be used as a marker for malware. If it was assumed as a party earlier, then the person who didn't have an invitation card was the one who wasn't invited. So that the security guard will immediately block him at the entrance.

Now this signature can be a string or a set of instructions taken from a malware sample.

Logically we are talking like this. If a scanned file contains Antivirus's signature blacklist, then Antivirus will immediately detect the file as malware according to its signature.

So can our normal files which are not viruses or malware be detected as dangerous files? The answer can be. Because it is possible that our file contains the same row of bytes as the virus signature. This is commonly called a "false positive" .

Meanwhile, the opposite is "false negative" means a malware that escapes from Antivirus because its significance has never been listed on the Antivirus blacklist.

The conclusion is that Antivirus works based on its signature database. It performs scanning on each file to see the contents of the file byte byte without executing it if using static analysis.

As for dynamic analysis, it uses a virtual machine as a quarantine zone. It runs the file there, if the movement pattern is dangerous, it will be detected as a malicious file.

How to Avoid and Overcome Malware Viruses

Malware or malicious is a program (code, scripts and active content) that is designed to interfere or damage the system program you are using. Examples of malware are often known as Viruses, Worms, Keyloggers, Browser Hijacker, Trojan Horse, Spyware, Adware, Backdoor.

Why is Malware so Dangerous?

In the world of internet malware is one of the big problems that often occurs, this is because the malware code cannot be detected on your computer or antivirus. One of these viruses infects through the browser we use to surf the internet and also through applications that you take on dangerous sites.

The problem occurs if a virus has infected your device and you should be worried because malware controlled by a cracker could steal important data on your device (Laptop).

So How To Avoid Malware Viruses?

Hopefully this article can be your reference. to know About Antivirus software. May be useful.
#App #Tech
Share
Comment