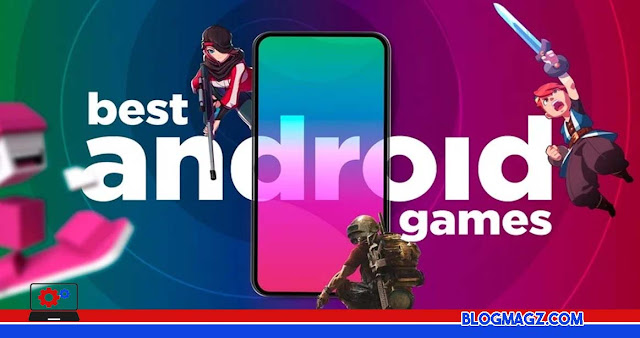 Blogmagz.com - When the pandemic conditions have not subsided as it is today, many people prefer to spend time playing games at home. Well, when you're bored, you can try playing some of the best and most popular number 1 games in the world today, which will be explained in this article.Some people might suddenly become a pro player for a game. However, it may be just a hobby, even to spend free time.

For that, the following will mention and explain some of the world's best games that you can try to play. Of course, with the level of popularity and the large number of players, it will make you curious to try to play it.

The series of game names that we present are certainly very familiar among gamers in the country. Want to know more details, then you can see as follows.

The first best game in the world today is the PUBG game. This PUBG game was first released in 2018. PUBG itself is an online game with the battle royale genre, which can be played by 99 people at the same time. In this game, the players can also play solo, duo or double players, as well as squads with 4 players. You can do this by inviting friends to join and form a team.

This PUBG game is very popular, because the graphics and situations displayed are very real. In this PUBG game, there are several types of maps with models and graphics that have their own uniqueness. Then, each player will have a mission to complete. This map design makes a lot of enemies that can hide in the bushes.

To win this PUBG game is quite easy, namely with you being able to survive in a battle situation and being able to kill all the enemies on the map.PUBG Mobile is the number 1 game in the world according to our version, because there are so many players who play this one game

For the next order, there is a game from Garena, namely Free Fire. Maybe some countries in the world are rarely familiar with this battleground game. However, the market in Asia is very large and one of them is Indonesia. Since it was released in 2017, players have started to feel curious and try it, thus placing this as one of the most popular games to play. Therefore, it feels very appropriate to place this mobile game as one of the best in the world today.

It feels like something is missing if you don't place this game from Moonton in the ranks of the most crowded or best games in the world today. Mobile legends is one of the games that is often competed in international tournaments. You can play this game together with your friends, so it will add to the fun when you play your hero. There are so many esports teams that include the name of this game into their squad, who knows if you are good at playing mobile legends games, you can be invited to become team members like esports or RRQ.

Well, for the squad that is still left with more players, it will come out as the winner. This Apex Legends game is also quite popular as the best super hero-themed game in 2021. So it's no wonder that this game can become the number 1 game in the world.

Maybe for gamers, this League of Legends game is already familiar to the ears. You also need to know that this League of Legends game was released in 2019. In this game, all players certainly have full control in choosing the hero according to their wishes. This multiplayer action game comes with an RPG theme with amazing graphics with lots of fun at every level presented.

Hearth Stone is a digital card game genre game released in 2014 by Blizzard Entertainment. After that, this Hearth Stone game even immediately became a favorite for gamers. In fact, until now this game already has a mobile platform version. This Hearth Stone game also carries a cross platform feature, so it can make more players play the game.This e-sports tournament is also very routinely held every year. The biggest tournament held is Hearth Stone World Champions where this tournament competes for a total prize of US $ 1 million.

Those are some of the number 1 games in the world that you can try to play. Hopefully this explanation can add to your game collection, and happy playing!