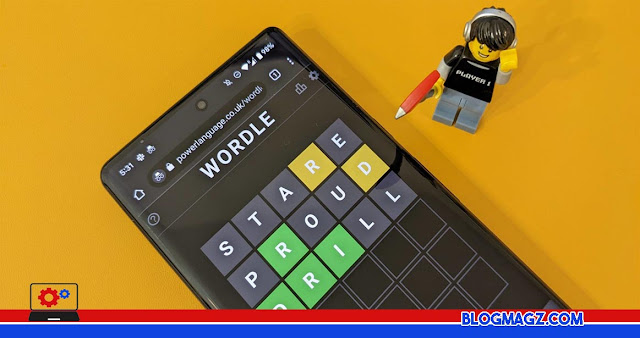 Blogmagz.com - Finding entertainment on social media is now getting easier. The reason is, you can not only see status, photos, to videos, even playing games can be done here. Moreover, recently there is hype for a game posted by social media users in the form of green, black, and yellow boxes with 6 lines of emoji.
Where, this word guessing game is called Wordle Game . For those of you who are active on social media such as Twitter and Facebook, you must be familiar with this game that is being played a lot, especially at the beginning of 2022. So, what exactly is this Wordle Game and how to play it? Come on, see the following explanation.

What is Wordle Game ?

Wordle Game itself is an online word guessing game that is slightly different from other types of word guessing games. Where, this game can only be played once a day with every day Wordle will release one word in English for each player to guess.
Each player will be given 6 chances to guess the word. To be able to play Wordle Game , you have to visit the official website, namely powerlanguage.co.uk/wordle. The appearance of this game itself is quite simple with no ads like most games today and is easy to use so that it makes players feel at home playing it for a long time.
Basically, Wordle Game itself was created by Josh Wardle, a software engineer who currently resides in Brooklyn, New York for his wife who likes to play guessing games . Where, this game was only played by the couple and a few months later they decided to share it with their relatives via WhatsApp groups until finally this game became a guessing game that was widely played.

How to Play Wordle Game 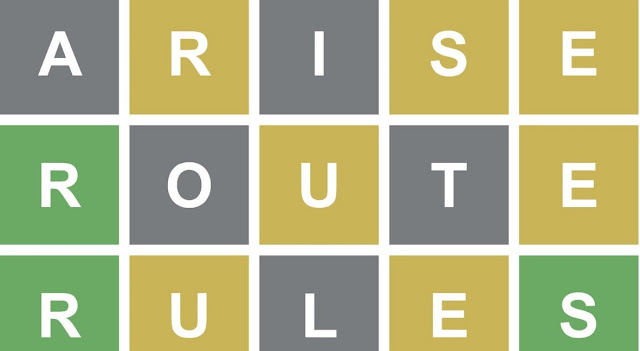 To play this game itself is quite easy to do. Where, each player must guess one word every day. Each player is given 6 chances to guess with guesses that must be a word consisting of 5 letters that is typed in the row of boxes provided. After that, click enter to submit and the boxes change color according to how close the answer to the guess is.
When the box turns green, then the letter you entered is correct and is in the correct box. As for the yellow color, it means that the letter is correct but is in the wrong box. Then, for the gray color means the letters and positions are wrong. There are a number of tips that can be done in order to guess correctly, namely by choosing a good word for the first guess.
For example, words with many vowels such as Ouija, Audio, and Equal. Then, choose words with frequently used letters such as E, T, A, I, N, O, S, R. Also use American-English spellings so that color words in English are spelled Color instead of Color. After successfully guessing correctly, you can share the Wordle Game score results to social media.

Wordle Game Viral Until Played by More Than 2 Million Users

After two months of release in November 2021, previously only played by 90 players every day, Wordle Game shot up in early January with 300 thousand players playing this game every day. In fact, until mid-January 2022, this game has been played by up to 2.7 million players.
This is thanks to the large number of players who share their Wordle Game score results on social media so that it invites the curiosity of others to play it. In addition, this also triggers the emergence of games with similar concepts such as Wordle Unlimited with an unlimited number of words every day to guess until Katla which is the English version of Wordle.

Why Wordle Game is So Popular

According to British psychologist Lee Chambers as quoted by Insider, what makes Wordle Game interesting is the game 's ability to stimulate the language and logic processing areas in each player's brain, thereby helping to release dopamine as a happy hormone for players. In addition, this game indirectly also plays a role in sharpening the brain of each player.
That's the explanation about the Wordle Game which is a guessing game that is currently hype . You can also play it through your favorite smartphone . Especially if the smartphone has specifications and features that make the game feel smoother.
Link Wordle Game Online Free No Download
#Games
Share
Comment