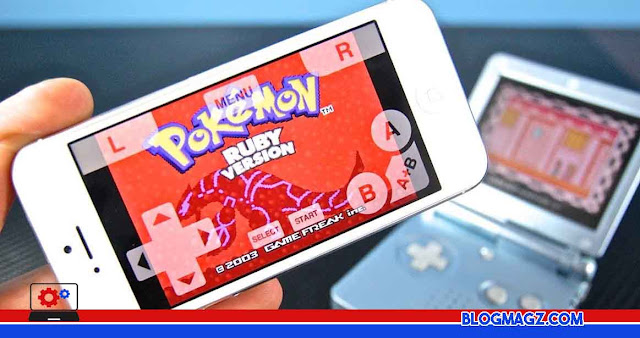 Blogmagz.com - Want to play GBA games on Android? Have you ever played Game Boy Advance or commonly called GBA? This game console is indeed one of the favorite game consoles of its time. Although until now GBA which is the result of the Nintendo company is still in great demand by many people. Many collectors like to collect these retro games and consoles.
Many even modify the Game Boy Advance console on Youtube. Talking about games on the GBA console, there are actually many favorite games that are most often in demand, such as the Pokemon game, one of them. From the available data, pokemon games are at the top of the most downloaded GBA games and are continued with Final Fantasy VI Advance, Dragon Ball Z, Harvest Moon, Metal Slug, Sonic Advance, Yu Gi Oh, Crash Bandicoot, MegaMan, Sword of Mana, Kingdom Hearts and Final Fantasy I and II - Down Of Souls.
For Pokemon games in GBA that are really worth playing, such as Pokemon Emerald, Pokemon Fire Red, Pokemon Leaf Green, Pokemon Ruby, Pokemon Sapphire and Pokemon Mystery Dungeon - Red Rescue Team. Wouldn't it be interesting if we could play the GBA game again on an Android Smartphone? Check out the following tips on how to easily play GBA games on Android.

How to Play GBA Games

Download the GBA Emulator on Playstore under the name My Boy! Free - GBA Emulator. Then the Apk will be installed as usual. Since it's a free version, it's likely that some of the functionality has to be paid for. But the game will run fine and can be saved or loaded from the game system, not from the emulator system.
The next stage you have to look for the GBA game and extract it on the SD Card / Internal Memory of your Android Smartphone. To download the GBA game, you can visit this link (Download Nintendo GBA Rom). You can search for games based on most frequently downloaded or GBA games with the best ratings.

Select a game with a language code (U) or (E). This time I tried to Download Rom Game Naruto Ninja Council 2 (link). Scroll until you find the download link, then wait a while until the game download process is complete. If the game data has not been downloaded, you can scroll back to click the Direct Download link for the game. 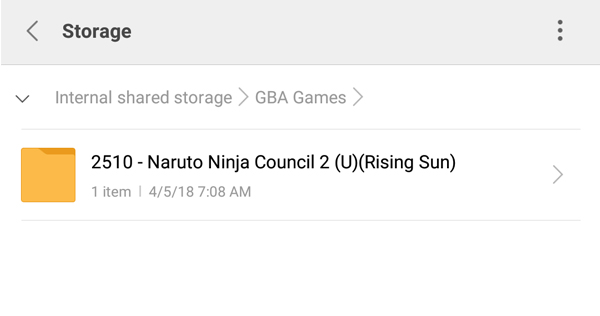 Generally the game data that has been downloaded will be right in the Download Folder. Previously, create a special folder to separate the GBA games that will be extracted later. This time I created a Folder with the name 'GBA Games'. Return to the Download Folder area, then Extract the game which is still in Zip format to the GBA Games folder. 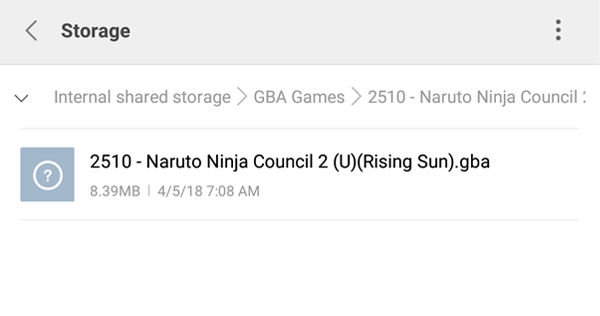 The last step is to run the game on the GBA emulator. Select the folder where the game is extracted. Enter until you find the game file with the GBA (dot) format. Then select the game. Then the game will run perfectly. You can play games with Landscape or Portrait views. Now you too can play various GBA games on Android easily. For games that run well and the sound of the game can be heard. 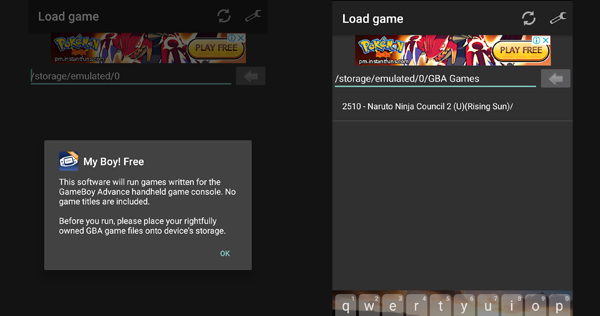 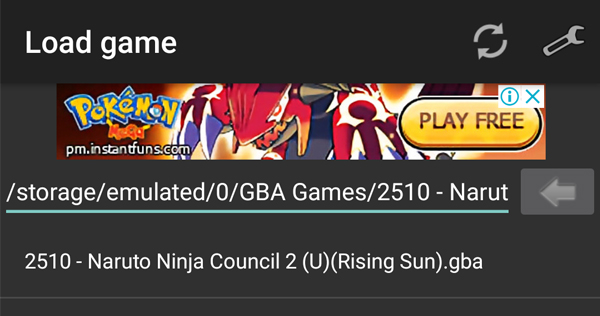 This GBA emulator is quite useful when we are in an Offline state and want to play various types of games without consuming a lot of memory. Besides that, you can also play GBA games on the emulator using the Xiaomi Gamepad or other brand Gamepads. After I tried it, it turned out that without any settings all the button configurations immediately went well after the Gamepad was connected.
That's a discussion about how to play & Download GBA Roms Free . The GBA game download list will follow soon. What is certain is that I will provide links to the most popular and easy games to download.
#Download #Games
Share
Comment