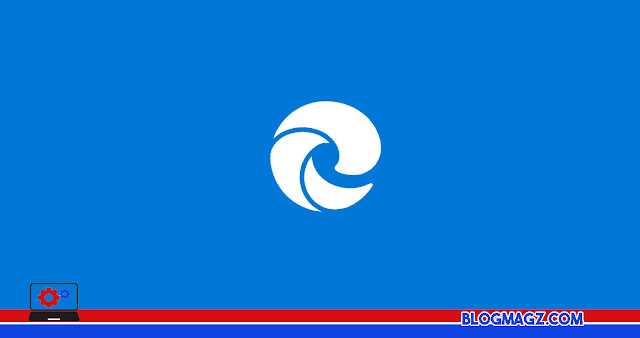 Blogmagz.com - Chrome-based Microsoft Edge for Windows 10 has been released, and here's everything you need to know about how to download and install Microsoft's flagship browser that's currently only available for Windows 10.
Microsoft Edge Chromium is a completely new web browser and comes with a series of performance improvements, including support for Chrome extensions, Pict in Pict mode, as well as many others.
This Edge browser has a new interface, a new, faster web rendering engine, better privacy features, better accessibility options, and a new experience especially for users who have felt they are using older versions of Edge. In this tutorial, blogmagz will walk you through different ways to download and install Chromium-based Microsoft Edge on Windows 10.

Microsoft Edge Chromium is already available in the preview version and the company distributes it through different channels. Namely, Microsoft has launched three Edge distribution channels - Beta, Dev and Canary.

Microsoft says Channel Beta will offer the most stable and minimally buggy Edge preview experience. On The Beta Channel, the Edge browser will be updated once every 6 weeks. Beta build is not available at this time. Microsoft has promised that a stable beta will be published soon for users who want to experience the new Edge flavor.

Channel Dev Edge is one step ahead of the Canary channel, but more unstable than the Beta channel. Dev formations will be updated weekly and are generally more stable than Canary'. The build number for dev is available for now.

Edge Canary is the most unstable version of all versions and will be updated periodically with performance improvements or other major changes.

Meanwhile, only Windows 10 devices are compatible with This Chrome-based Microsoft Edge, because it is still in the preview stage. Please note, that you can run the Edge browser on the latest version of Windows 10 and there is no need to download and install the Windows 10 Insider system anymore.
Microsoft has also confirmed that the Chrome-based Edge internet browser will soon be released for Windows 7, Windows 8, Windows 8.1 as well as macOS.

After that, the Chrome-based Microsoft Edge browser will launch automatically after installation is complete.
Please note that installing Chromium Edge will not replace the old Microsoft Edge on your device. In the upcoming version of Windows 10, the old Edge will be replaced by this Chromium-based Edge.
#Tech
Share
Comment