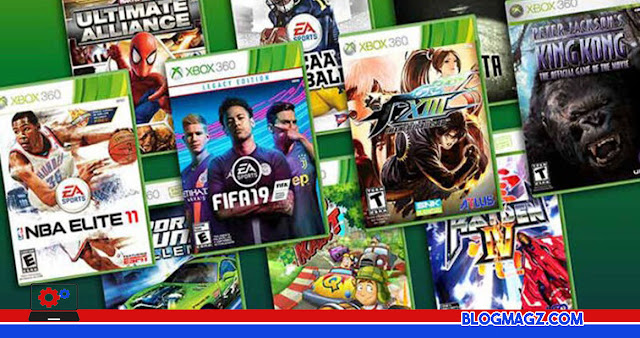 Microsoft announced a change to the Games with Gold program that gives Xbox Live Gold and Xbox Game Pass Ultimate subscribers access to get monthly games for free as a bonus from membership.

Starting in October 2022, Microsoft will stop offering Xbox 360 games for free as part of the Games with Gold program. According to an email sent by Microsoft to Xbox Live Gold subscribers, they claim to have reached the limit of being able to bring Xbox 360 games to the catalog.

"Xbox sent an email stating that Games With Gold no longer includes Xbox 360 games. This email is a little confusing but it looks like everything offered by Games with Gold will only include the XB1 game" Brad Sams' account tweeted on his Twitter page.

This change has no impact on all game titles that have been claimed or will be claimed in July, August and September. Microsoft will still supply free games to Xbox Live Gold and Xbox Game Pass Ultimate subscribers, but those games contain Xbox One games only.

Another thing of note is that Microsoft does not plan to suspend sales of xbox 360 games. You can still buy games from the catalog of second-generation game consoles, to play on Xbox 360, Xbox One, or Xbox Series XS devices, although Microsoft is no longer adding new games to the backward compatibility program.

Here is the full letter from Microsoft regarding the upcoming changes to the Games With Gold program:

“Starting October 1, 2022, monthly games made available to Xbox Game Pass Ultimate and Xbox Live Gold subscribers will not include Xbox 360 games. We have reached the limit of our ability to bring Xbox 360 games to the catalog, but Games With Gold will continue to include exciting and exclusive Xbox One games every month.This will have no effect on Xbox 360 games you have downloaded before October 2022.

All Xbox 360 games that you have claimed through Games With Gold before that date are yours and your right to retain them with your Xbox account, regardless of whether you continue your subscription. you.