Winamp 5.9 Release Candidate Comes And Is Compatible With Windows 11

Winamp 5.9 Release Candidate Comes And Is Compatible With Windows 11 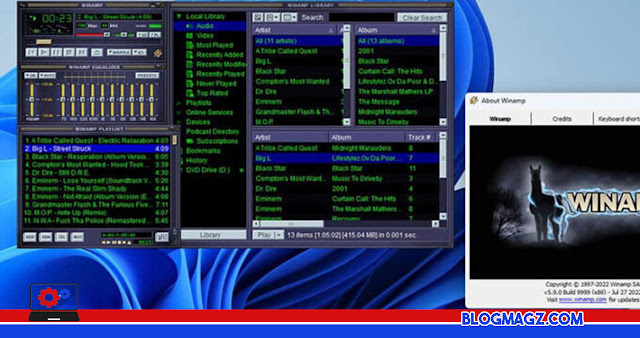 After almost four years since the beta version of Winamp 5.8 became available, which then its development stopped without going through the testing stage, now the developers of the iconic music player application present Winamp 5.9 RC 1 as a release candidate compatible with Windows 11. Thus, users have been waiting for the release of the new full version of Winamp for almost nine years.

"Wacup, which can be spoken in the word Wakeup or wac-up, already has a new design that is only compatible with Winamp version 5.666 in providing bug fixes, updates to existing features, and most importantly new features that ultimately aim to be a highly compatible media player," reads the description in the new version of Winamp.

From the information on the release explanation, the new version of Winamp expressed support for Windows 11, and the ability to synchronize with its Android version. Developers have improved support for the VP8 codec, added a dedicated directory for podcasts, and also implemented support for coded M38. In addition, optimization and bug fixes rank first in improving the stability of the application.

Winamp became the most popular media player app in the millennium era. Winamp developed by Nullsoft appeared about 25 years ago as part of windows 95 shareware. This media player is also very popular and has quickly become the main tool of users in playing MP3 audio for millions of users around the world.

After more than 16 years of success, Winamp was finally shut down in 2013. Version 5.666 was released on December 12, 2013, which became the last version of Winamp until now. In October 2018, Radionomy announced the full release of Winamp 6, but that didn't happen.

With the slogan The Ultimate Media Player, the company tried to take another step in September 2021, by actively seeking out beta testers. Unfortunately, its status has not changed and even a public beta is still not visible.

Currently, Winamp is managed by the WinAmp Community Update Project (WACUP), which provides a winamp 5,666-based plugin package through its official website, getwacup.com.