Google has indeed released ChromeOS which can be accessed by using Chromebooks, some brands such as Lenovo will also launch their Chromebooks series soon. Google stated that they can run the game on Android via PC using ChromeOS, Saturday (03/09).
Reporting from Google, the company has maximized the use of ChromeOS in order to be able to run various kinds of games on Android. Where, now users can directly install and play Android games on the ChromeOS system, of course, by accessing it using a PC. 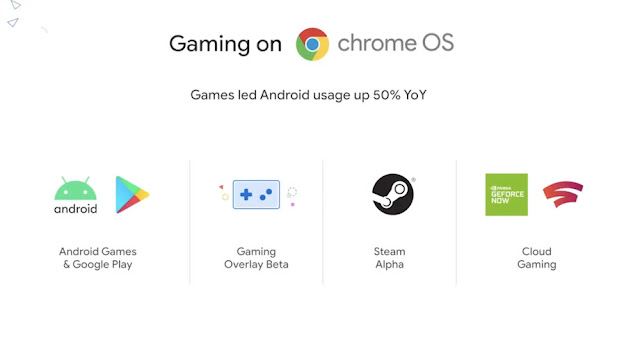 However, there are still many who ask about how to control games which are dominated by touch screen technology. Google has also provided an explanation regarding this matter, just like when accessing games from a PC, the games on Android will be changed control with full keyboard support.
"We see that using controls to run games will be a challenge for Google, but ChromeOS will maximize the game-running experience well with maximum optimization," Google wrote.
So, all the games you play on ChromeOS can be fully controlled by using the Keyboard or keyboard. Not only that, Google has provided information to game developers on the Play Store in order to maximize games to run on Android phones, ChromeOS PCs, and tablets.
For other platforms besides Google, the company has also improved the optimization of games originating from different platforms. Call it like Steam Alpha and Cloud Gaming. Therefore, Google does not seem to mess with the plans of those who want to present devices with ChromeOS.
For those of you who have a game controller device, let's call it like the Joy Stick, then you can directly connect it with ChromeOS, which fully supports the Games Controller. Later, keyboard users will be reduced and switched by using the Games Controller.
However, please note that there are only a few types of games that support running on ChromeOS using the Joy Stick, including:
How do you respond? Until now, Google has increasingly maximized ChromeOS as one of the reliable and flexible operating systems. Are you a ChromeOS user? Share your feedback in the comments below!
#Chrome #Tech
Share
Comment