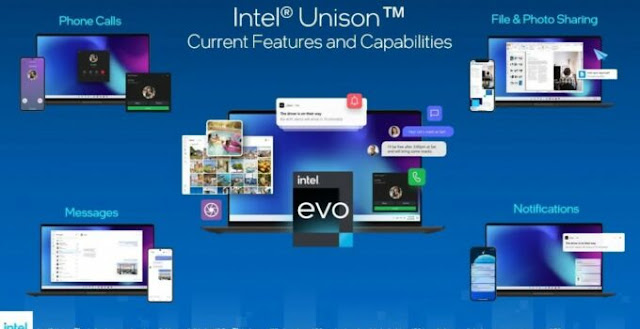 As of September 2022, Intel has officially announced that they will release the latest generation of their processors, the Intel 13th Gen Raptor Lake CPU. Intel said it will provide a technology update that facilitates collaboration between platforms, Wednesday (30/11).
Intel recently made their announcement regarding the upcoming technology, which is coming alongside the release of Intel 13th Gen. Intel says that it is developing a system that will make it easier for Android, iOS and Windows 11 users to integrate between devices.
Intel states that later users can more easily share files from mobile to PC, including managing notifications, messages to phone calls. Later, users can enjoy access to this collaboration by using a software.
Perhaps, Intel will later want to develop and release an application that allows a PC or Windows 11 to connect with a smart phone, but with an even wider connection such as connecting with Android and iOS.
Intel Uniso will later be present in devices that have used the 13th Gen in several laptop devices such as the Intel Evo 12th Gen CPU, which will be launched in several of the latest laptop devices in the future.
Somehow Intel's way of bringing together multiple devices with different operating systems, but what is clear is that Intel Unison provides the support that many users have been waiting for. Uniting the iOS and Android systems in Windows 11 will certainly facilitate various kinds of acceleration.
Last time, Intel and Windows collaborated when they released the latest feature that is still present today, Microsoft Phone Link which will connect Android devices to PCs.
Intel Unison has given their leak, that later iOS and Android devices can connect to Windows 11 using Wi-Fi and Bluetooth support. Intel explained that there is one feature that cannot be used on iOS later, namely Multiparty Messaging.
Meanwhile, Intel Unison is planned to be present in several PC brands that have been confirmed to use this technology, including HP, Acer and Lenovo. Intel Unison will be released in 2023.
#Windows
Share
Comment