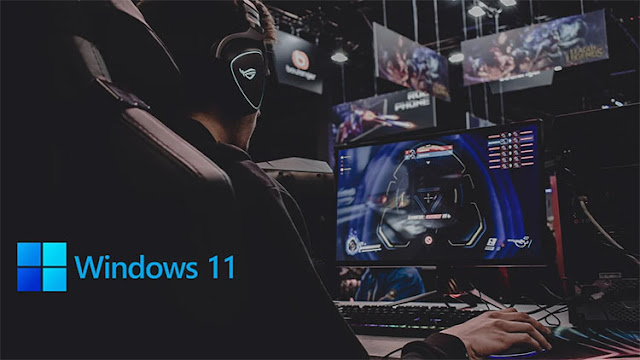 Noted, after Microsoft released the update for Windows 11 22H2 there were a lot of things added ranging from animations to UI changes of its features. Even so, there are a number of emergency repairs that must be done by Microsoft, Monday (14/11).
Some time ago, Microsoft has added some emergency fixes that have gone inside their Windows Health Dashboard, in contrast to last week's emergency fix that tried to investigate bug errors in the Ryzen system, this time the problem is still not known for certain.
After finally Microsoft has released Windows 11 22H2, there are finally many improvements that are claimed to provide a smoother gaming experience. Therefore, both AMD and Intel provide their latest driver updates to support this latest Windows system.
Previously, there were indeed many reports of PC Gaming users who gave their reports about their PC performance which became declining, there was a decrease in FPS when playing games on their PC which is not known for sure.
After that, further reports also came among PC Gaming users who reported that their Task Manager and GPU did not provide synchronous information, an error occurred when they tried to detect memory and CPU consumption.
After obtaining a number of these reports, Microsoft officially added this fix to their Health Dashboard list and will conduct an investigation as soon as possible. The company stated that it will release a Cummulatice Update to address this issue.
Windows 11 22H2 itself has indeed been released for a long time since last September, which is one part of the normal update and is not immediately given all the latest features from Microsoft.
In the documentation they received and kept, Microsoft was aware of NVIDIA's statement finding problems with their GPU performance in Windows 11 22H2, where debugging drops occurred.
However, what attacks PC Gaming users the most is the performance of their PC which can immediately reduce FPS drastically in just minutes. This will certainly greatly interfere with PC performance.
What do you think? If you are one of the Gaming PC users with a Windows 11 22H2 system, then most likely you are indeed experiencing performance issues.
#Microsoft #Windows
Share
Comment