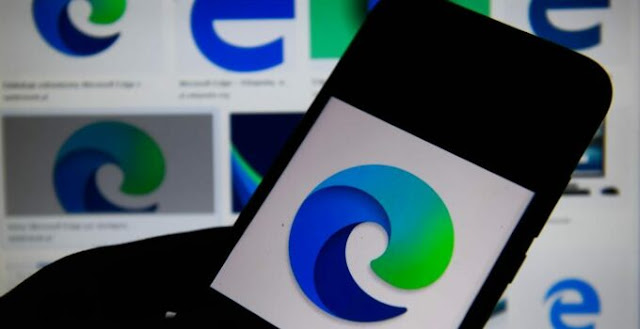 Microsoft a few months ago has indeed launched one of their VPN services through Edge VPN. The development of this feature is now available for those using the Canary-based Edge browser service, Saturday (17/12).
As of May 2022, Microsoft has officially launched their latest Secure Network service through Edge VPN. Functionally, this service is still the same as VPN services in general which are able to provide a secure network and are not easily hacked by others.
For the first time the launch of this feature was obtained by those who use Microsoft Edge Canary, users who use Edge can now easily connect to a secure network so that surfing the internet will be safer because it is protected by a VPN.
Previously, Microsoft only provided a much smaller data limit, where Microsoft Edge VPN users could only use data up to 1GB of bandwidth per month, of course, this amount of data is small, especially for those who do surf the internet every day.
Nesabamedia got some information regarding the number of these data limits, one account user on the Reddit platform said that Microsoft has now provided an update to the limit on the maximum amount of data that can be accessed or Bandwidth, where the company provides an expansion for the Badwidth capabilities provided.
Jika sebelumnya Microsoft hanya memberikan batasan data maksimal hingga 1GB, maka kini Microsoft telah memperbaharuinya dan memberikan jumlah batasan data hingga 15GB Bandwidht per bulannya. 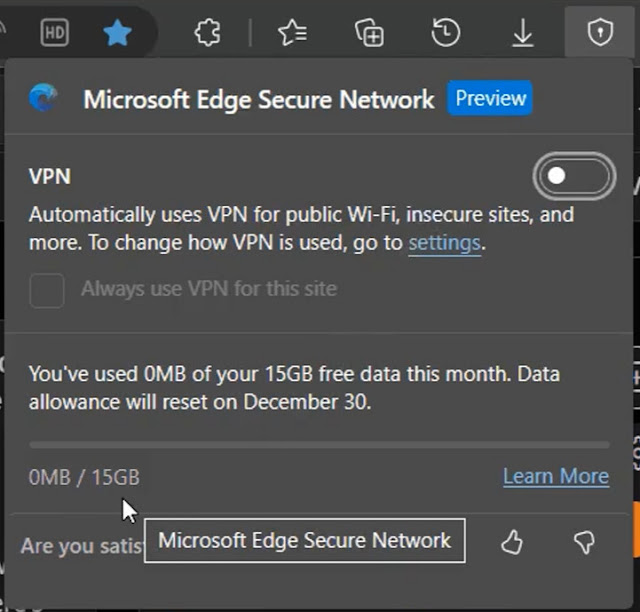 Through the picture above, we can now easily surf the internet with secure VPN access and don't need to hesitate to check the Bandwidth limit provided by Microsoft. Now this news has apparently reached Microsoft, where the company received a lot of input in the form of complaints from Edge users who felt that 1GB was a very small size for the Bandwidth Limit offered by Edge VPN.
Meanwhile, for those of you who want to get access to this larger Edge VPN and Bandwidth Limit then you can directly access Edge Canary and update it to version v110.0.01563.0 or later.
#Microsoft #VPN
Share
Comment