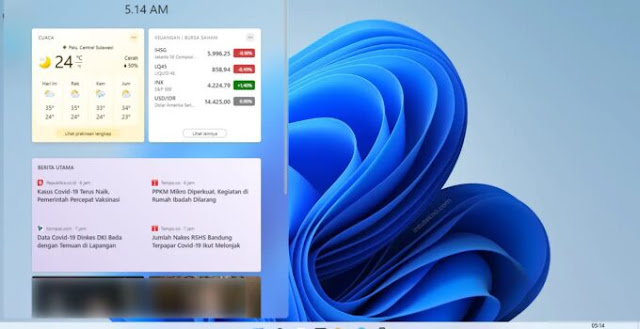 Microsoft after the release of Windows 11 2H2 has indeed provided quite a lot of additional features that change many things, including Widgets. Now Microsoft is back again with the development of the Widget feature and the expansion of the feature to several users, Wednesday (14/12).
Back in October 2022, Microsoft has released the latest update for its users and gets access from the Widget Board with additional features, where users can choose customization access that allows them to adjust the position of the Widget Board.
Presented for the first time for Windows 11 Insider Dev users with Build OS 25227, this feature has undergone a lot of further development, so that in the end users can directly set the position of their Widget Board to the position they want. At that time, the Board Widget can be repositioned to the side or top of the desktop. 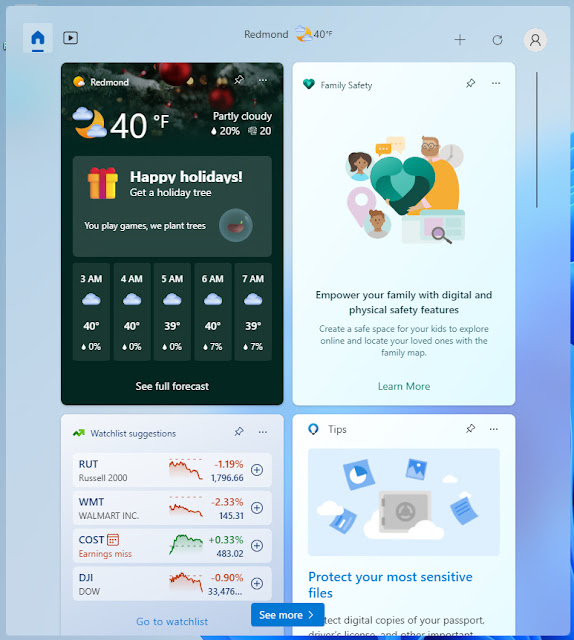 After finally over a month of this feature getting its support to be able to run on the Insider Dev Channel, today Microsoft is again expanding the range of its features to all Insider Program users. Microsoft doesn't choose what OS Build you use, as all of them can use this feature.
For those of you who think that Microsoft will bring this feature in the next update, then you are mistaken because the release of this feature will indeed be released to all Insider Program users and will be released through the Server Side from Microsoft.
By going through Server Side, Microsoft will automatically send a number of small updates that do not need to be accessed manually. Make sure your internet network is in good condition, so that the Windows server can connect smoothly.
Since the release of Windows 11, Microsoft has indeed given a lot of their attention from the interface series. Therefore, it is not surprising when they provide more capable development for the appearance of their interface.
In fact, the appearance of the interface from Windows 10 to Windows 11 itself does look very different which shows that Microsoft is really serious about this. Windows users are invited to see a much more minimalist but functional interface.
What do you think? Microsoft itself has provided a number of updates for many Windows 11 users around the world, if you have received support for this feature then you can write it directly in the comments column.
#Microsoft #Windows
Share
Comment