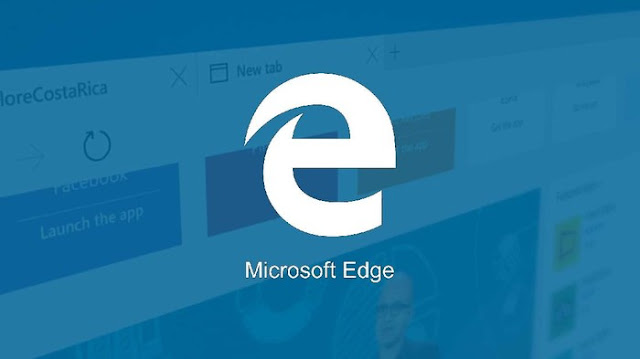 Microsoft recently gave their latest update on the Edge service which has now entered version 108, in this update Microsoft provides support for the latest improvements and feature improvements that run at a faster performance, Wednesday (07/12).
Microsoft has finally officially released a stable version for the Microsoft Edge service which has now entered version 108, to be precise version 108.0.1462.42 which is claimed to present a number of the latest features and also improvements from some of the features they have previously developed.
Perhaps Edge users know one thing that Microsoft some time ago also briefly provided a special update for Insider Program users, where in the update has brought a number of feature improvements such as TLS that help users to improve data privacy security.
Now there is also a Shared File feature that is again presented to make it easier for users to share links, messages and also several types of files easily and faster. But the feature is only a trial, where it can only be accessed by Insider Program and Edge Canary users.
This update with Edge 108 provides more interesting support because of course Microsoft has released it in a stable version. One of the features presented by Microsoft through Edge 108 is an improved TLS or ECH encryption feature to ensure the security of user privacy.
Microsoft itself has set this ECH feature to replace the previously existing feature, ESNI. So it can be said that this ECH is a form that has been refined by Microsoft by replacing ESNI.
Indeed, the features provided by Microsoft itself are not new features, but improvements from old features that they have perfected. Some other features improved by Microsoft are Graph APIs for Cloud List Management support, fixes for CVE-2022-44708, CVE-2022-44688, CVE-2022-41115 and CVE-2022-4262.
Pretty much isn't it? Several other improvements have been provided by Microsoft which more appropriately improve the terms and conditions policy for the Microsoft Edge service. In general, you may not find any new features, but the security system from Edge is certainly getting higher in this update.
#Microsoft
Share
Comment