Microsoft provides many of their new features which are increasingly maximized, one of which is the Widget feature. Previously this feature had to sign in using a Microsoft account, but now it has been deleted again, Monday (26/12).
Some time ago, Windows 11 users got an additional feature of Widgets, where this feature will give the essential impression of Microsoft services such as news and MSN. By default, the service will also provide a number of interesting information.
The Widget service will later display some information about the upcoming weather, some sports news complete with the latest value, financial news such as stocks and much more.
In Windows 11, for some reason Microsoft had given this access which can only be accessed when the user signs in using their Microsoft account. so, for standard users who do not have a Microsoft account, they cannot use this feature. 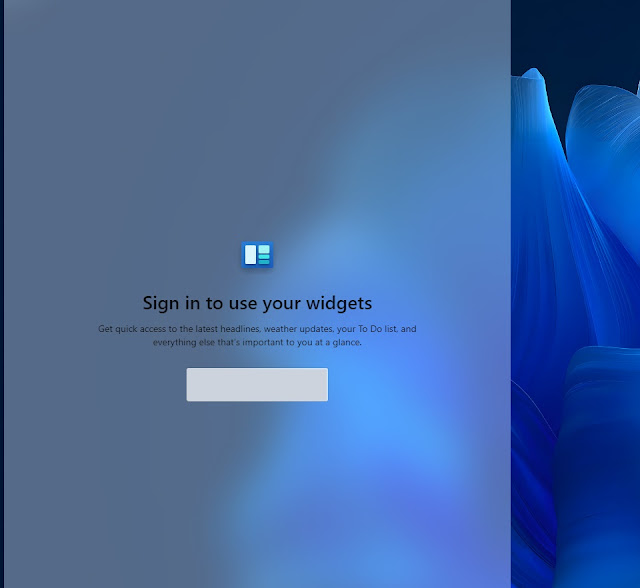 Therefore, it's no wonder Windows 11 users who don't have a Microsoft account feel that this Widget feature is a waste of time and useless. As heard of user complaints, Microsoft finally gave their changes by releasing a Preview Update for users who got it.
Microsoft has planned and will soon realize the Widget feature to better provide access, for all Windows 11 users starting in 2023 later Microsoft will provide access to this Widget for all its users without the need to sign in using a Microsoft account.
Preview Channel users can already get access to Widgets without the need to use a Microsoft account, this feature will be officially and globally released in 2023 which only takes a few days. 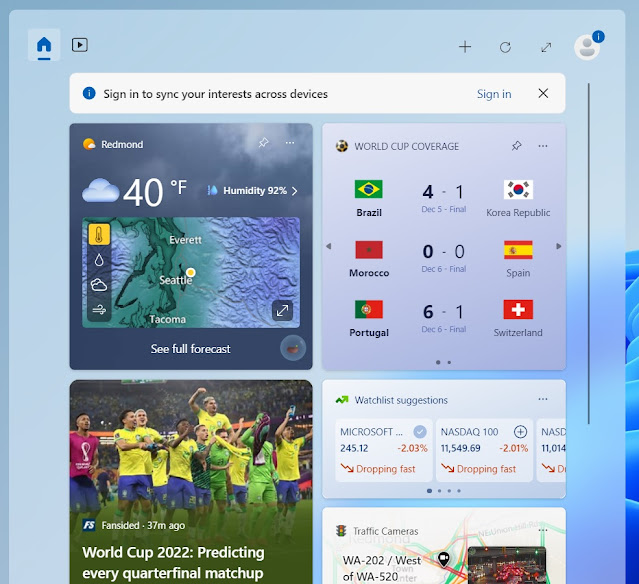 The image above shows how Preview Channel users can access widgets without needing to sign in with a Microsoft account, more freely, right? Windows users can access weather forecast services, football matches complete with Final Score as well as several news articles displayed on the Widget.
What do you think? Are you among those Windows users who frequently access this Widget service? Write down your experience while using this feature di Windows 11, apakah benar-benar Worth it? Bagikan pengalaman Anda melalui kolom komentar di bawah.
#Windows
Share
Comment