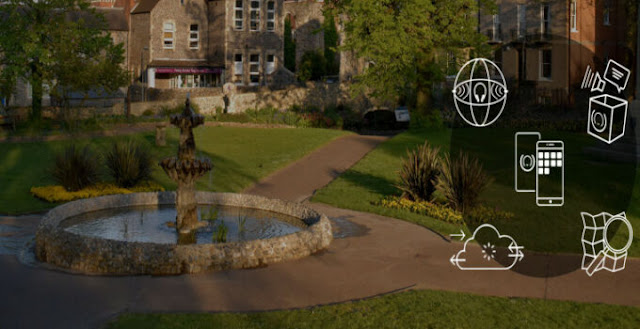 Microsoft has been developing one of their advanced services for quite some time, Sounscape. The latest news we got states that Microsoft will currently release Open Source or open source support to developers, Wednesday (14/12).
Microsoft first founded Microsoft Soundscape in 2017, an application with unique features that allow users to listen to 3D Audio from AR to feel and listen to a better experience.
In short, by using access to the Microsoft Soundscape application, users, especially Gamers, can play the experience of playing AR with 3D sound effects, which of course will give a different and more real impression.
Soundscape itself is able to provide better support regarding the AR experience, one of which is that there are many users who give their reviews regarding hearing that seems more real and enters the world of AR itself.
A year after its launch, Microsoft developed Microsoft Soundscape with wider platform support where in 2018 Soundscape began to be launched by those iOS users.
The latest news from Microsoft seems to be one of the things that has been eagerly awaited, because Microsoft has given their announcement regarding the policy change of the Microsoft Soundscape service.
Microsoft announced that they will soon release Open Source support for Soundscape users, this was created as one of the company's contributions in developing applications and given to developers to help the community and AR 3D Audio experience that everyone can feel.
"As Microsoft Research continues to expand into new accessibility innovation areas, we hope the open-source software release of the Soundscape code supports the community in further developing confidence and utility of spatial audio navigation experiences." Microsoft wrote.
For the time they are of course, it is noted that Microsoft will start releasing Open Source support in 2023 later on January 3, 2023. So, it was only a matter of weeks before Microsoft finally provided this application in the Open Source version.
Now for the release itself, users will get it directly through the GitHub web, where later Microsoft will release it on the official Microsoft Soundscape page.
#Microsoft
Share
Comment