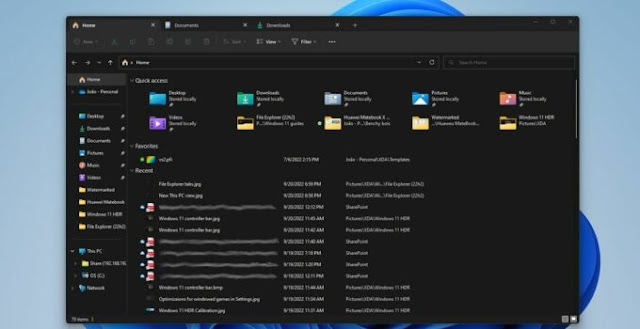 Microsoft last week has provided an update for Insider Beta Channel users with OS Build 22623.1028, there are many improvements and feature improvements provided. However, we found a bug that caused the problem of one of the features in File Explorer, Monday (12/12).
Microsoft has indeed provided weekly update support for Insider Beta Channel users, where this weekly update was released last week. This week, Insider Dev Channel users get their update, which may take a few days for Insider Beta's turn to get the latest support.
The team Blogmagz.com found a little problem where we speculated that there was an error or bug in the Windows system, where this attacked the Separate Process feature in the Folder Option in the Windows 11 File Explorer.
The users who get this issue are those who are using the Insider Beta Channel with OS Build 22623.1028. If the user accesses the Folder Option feature and then selects Launch Folder Windows in a Separate Process, then the user cannot enable it or disable it. 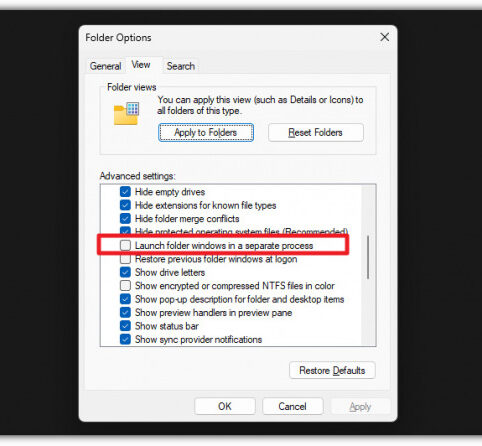 This is even still the case when the Nesabamedia team tries to Restart the PC after the Enable option, the system will again set it to its original settings and not bring any changes.
Then we figured out how to solve it for a while, it turns out that we only need to change it in the Registry Editor, for those of you who want to solve this problem then you can immediately follow the following few simple steps:
Regarding this issue, Microsoft itself did not provide any information whether it was indeed caused by the issue or indeed the settings in Windows 11 have changed. This issue is also not listed in the Known Issue of Windows 11 Insider Beta, so we can't confirm whether this issue is indeed caused by a bug and attacks other than Beta users or not.
What do you think? If you have different feedback on this issue, you can write it in the comments below this article.
#Windows
Share
Comment