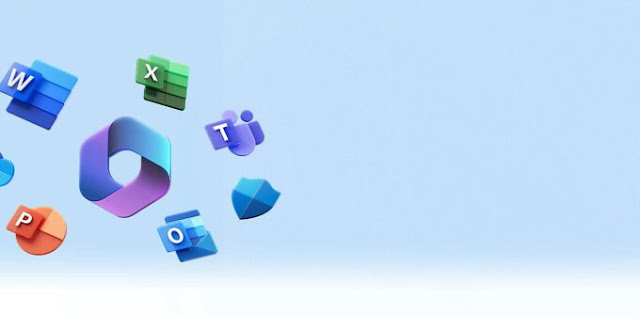 Microsoft has long provided premium services through Microsoft 365, although it does offer a fairly expensive price. Microsoft is now presenting a much cheaper subscription variant for its interested users, Friday (13/01).
Microsoft 365 is a premium service from Microsoft to all its users, where those who subscribe will get support for up to 1TB of OneDrive storage, calls via Skype for up to 1 hour, to unlimited Microsoft Office Online services.
Of course, this will be in great demand by those who generally use Microsoft services online, for example Microsoft Office which can only be accessed via PC. As for work through the tablet will have to use the Online version. However, Microsoft presents the Online version as the best version for working with Multitasking.
But unfortunately there are many users who feel that the prices offered tend to be more expensive. Regarding this, Microsoft has apparently added their latest subscription plan, where they have added a Basic plan that offers an economical subscription price.
For this Basic package, Microsoft only offers prices up to $ 1.99 USD isn't it cheap? With this low price, of course, there are reduced features because it is cheaper.
One of them is OneDrive storage which is only given up to 100GB, but another advantage is the Outlook Web service which is free from ads to a more improved security system.
This Basic plan is indeed the best choice for those who may need fewer features or want to keep costs down in a subscription. But we recommend to read what are the advantages and disadvantages, so that later you can reconsider them.
For features, of course, this Basic package gets less support when compared to the Persoal or Family packages. However, for those who only use it for Office Online needs, the Basic plan is the best choice. 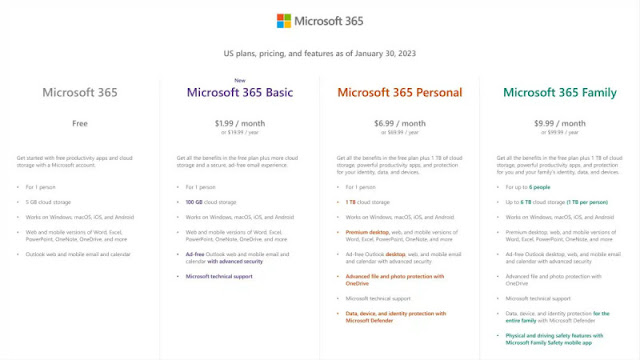 Rumor has it that Microsoft is ready to release their latest package, which will be released on January 30, 2023. This plan will be delivered directly to all Microsoft 365 users worldwide for the same subscription fee.
What do you think? Interested in changing a cheaper plan for Microsoft 365? Write your earnings in the comments!
#Microsoft
Share
Comment