Reasons Why Virtual Desktop Helper Should Be On Windows

Reasons Why Virtual Desktop Helper Should Be On Windows 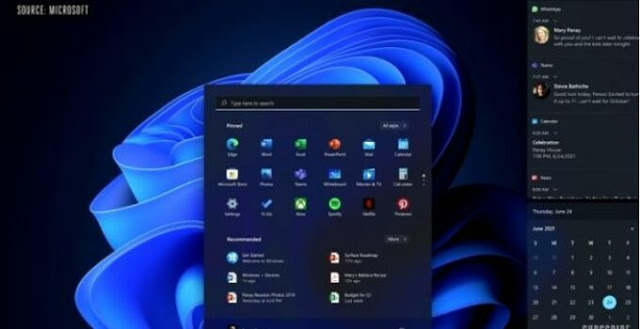 Microsoft has been developing this Virtual Desktop feature since Windows 10 is still the latest operating system, the use of this feature is indeed proven to help its users to do various kinds of work with high efficiency. But unfortunately, we feel that we still have certain shortcomings that Microsoft should pay attention to.
Virtual Desktop is one of the services that helps Windows users a lot, where this service provides flexibility to users to use two types of desktops that are connected to each other. So, users can open more windows without needing to be disturbed.
Users can open two different applications with an equally large size, even one side can play games and the other side can open program windows such as multimedia and even office programs.
However, this Virtual Desktop is capable and cool, don't you think? But we as the Blogmagz team who often use this feature, feel a little less than the capabilities they offer. For example, through the indicator feature which is present in the Taskbar. Unfortunately, we don't know where the Virtual Desktop number was at that time.
Regarding the above problems, of course, Virtual Desktop users are familiar, right? We sometimes struggle where the desktop is at that time, but we finally found a third-party program that can make up for the shortcomings, namely the Virtual Desktop Helper.
As the name suggests, Virtual Desktop Helper will help the main program to be used in organizing and knowing where the desktop we are using in Virtual Desktop is, this program can now also be run on Windows 10 and Windows 11.
This excellent feature of the Virtual Desktop Helper provides simple but very functional capabilities, which will later display a source of information in the form of a desktop number that will appear in the Notification Area section.

The image above shows that at that time we were using the main desktop, which was marked with the number '1'. This indicator will change when we move to the second desktop.

The image above shows that we have switched to the second desktop, where in the Notification Area section the number '1' has changed to the number '2' which indicates we are using the second desktop.
Interesting and easy to access, right? For those of you who are interested then you can download and use this Virtual Desktop Helper. After that you need to activate it via Virtual Desktop Helper, then select Show Previous or Next desktop in Icon Tray.
Using this setting, then you just need to press Next or Prev to switch to using the desktop you selected, here's the picture: