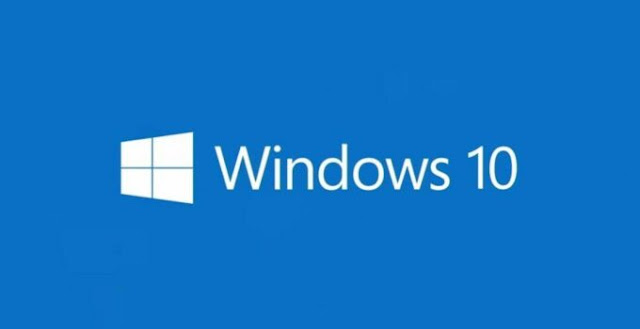 Microsoft a few days ago has released a number of updates for Insider Program users, noted there are quite a lot of features and improvements that Microsoft provides. Now, Microsoft has again released the list of Known Issues in Windows 10, Monday (31/10).
Microsoft has now added a number of Known Issues that they have now added in the Windows Health Dashboard, these can be directly seen by those using the Windows 10 22H2 operating system.
For those of you who have checked the page, then most of them will see four main types of problems that exist in Windows 10. Microsoft itself has given their attention by conducting an investigation process and is in development, to make some related improvements. 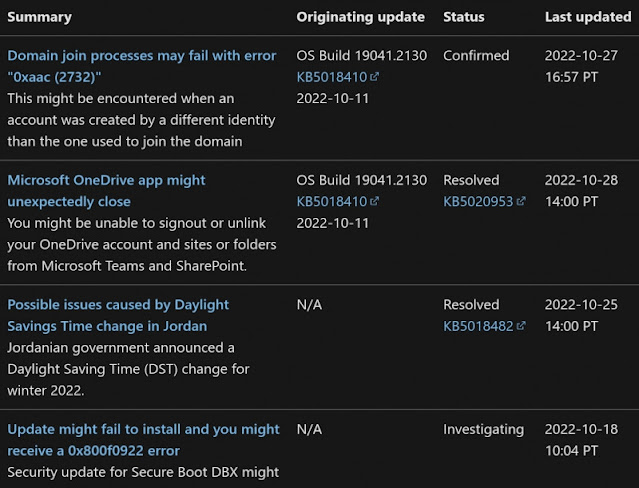 If you look at the image above, then we have learned that Microsoft has at least so far provided two major improvements. The fix that has been resolved is a problematic OneDrive for Windows 10 users, this issue is confirmed that there is a bug.
The reason is, it is not only regular OneDrive users who get this distraction, but those who also use OneDrive for Bussiness. This fix has just been released and you can download it via this page HERE.
Then, another problem that has been fixed by Microsoft is the Daylight Saving Time problem which was released specifically for the Jordanian government. This fix has been released through those using KB5018482.
So, what about the other two problems? So far, Microsoft has not provided a fix for issues such as Security Update and Domain Join Access. Windows 10 users have an issue with DBX's Security Update for Secure Boot failing to install.
When the user tries to install it, then Windows 10 users will get a message indicating the installation of an error with the content of the message "Error 0x800f0922".
The same can be done for those who are trying to access Domain Join Access who get an error message with the message content "Error 0xaax (2732)".
As of now, there are only four issues included in Microsoft's report and two of them have been fixed by their hammering updates. Users can immediately update the fix with the update.
What do you think? If you are a Windows 10 user then you can directly fix this system error with the latest update just released by Microsoft.
#Microsoft
Share
Comment