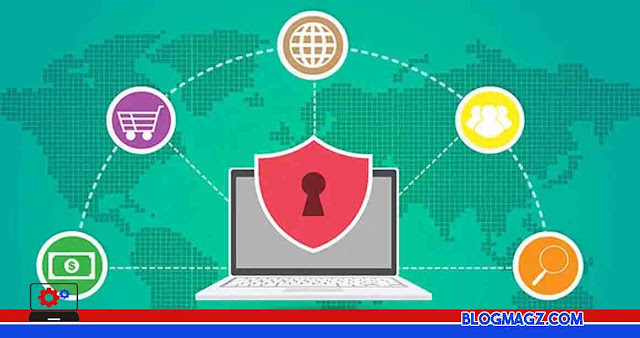 Blogmagz.com - Even though technology is getting more sophisticated, there are still loopholes for hackers to steal data. One of the factors is negligence. Yes, many users don't equip their devices with the best antivirus applications on Android.

In fact, nowadays cyber crime cases are increasingly worrying. For example, theft of data, confidential documents, to credit cards. This, of course, will cause bad impacts, especially financial losses.

Even so, if we play it safe, for example downloading on the official site and browsing properly the Android antivirus application is not really necessary. But, as a precaution, here are some recommendations that you can try.

The recommendations below are based on the best ratings as well as the many positive reviews. So, please choose an application that you think has the most complete features.

Not only on PC, AVG is also present on Android with excellent features to provide maximum protection for users' personal data. One of them is anti-theft tracking which can prevent data theft via Google Maps.

Apart from that, another factor that has made AVG named the best malware and spyware antivirus application is the feature to save power consumption and increase the speed of the cellphone by stopping unused applications.

Developed by NortonMobile, this application provides multiple layers of protection to prevent various viruses such as ransomware, malware, and spyware. In addition, Norton 360 is also equipped with an alarm that will activate when there is an incoming threat.

To ensure user safety while surfing the internet, Norton is also equipped with a VPN that will block any suspicious activity on the network.

However, the drawback of this Android antivirus application is that the free version can only be accessed for 14 days. After that, you'll need to subscribe for around $14 per year.

Kaspersky was developed by a developer from Switzerland who is quite experienced in the world of cyber security. It's no wonder that this app is so popular on Google Play with a better rating for Norton and AVG (4.8/5).

Kaspersky is also one of the best antivirus applications on Android which has two different versions, namely free and paid. Even so, the free version is equipped with scanning, protection, and blocking of SMS from phishing.

Avira is also included in the list of the best antivirus applications on Android that are effective for securing devices and websites. This app can be enjoyed for free with premium features, including memory scanning and real-time protection.

In addition, Avira also provides a VPN service to increase security into several layers. Different from similar applications which only provide basic protection.

Once you've tried it and you feel like it, you can switch to the paid version which costs around $ 20- $40 per year. Later you will get additional features and tips to protect your cellphone from viruses.

Apart from being free, the reason why Avast is included in the list of the best antivirus for Android is because the application is very complete. Avast Software provides its products with excellent features, such as application lockers, ad blocking, and automatic scanning.

in addition, Avast Antivirus is also reliable because it is equipped with a VPN that is able to change locations and hide browsing activities to access blocked sites, such as streaming movies and Reddit.

ESET is the best antivirus application for Android which is not much different from the previous list. This application is equipped with all the qualified security features that will protect your cellphone from malware and spyware.

Some of the highlights include scanning schedule, detection of dangerous viruses and security auditors. However, before you can use ESET Mobile Security, you must register to get a free trial for 30 days.

Bitdefender is the best ad-free Android antivirus app that's completely free. A little leak, this application provides a simple interface, basic scanning features, as well as a VPN with a usage limit of 200MB per day.

Bitdefender is suitable for those of you who want to save memory usage because it's very light in size. Even so, the performance of this application is very powerful and reliable to avoid threats and eradicate harmful viruses.

For those who don't know, malware and spyware are software that work by destroying networks or forcibly entering into computer systems. Usually, it is used for malicious purposes, such as spying and other illegal activities.
Looking at the reviews above, it can be concluded that there are many choices of the best antivirus applications on Android, but only some of them are really effective at protecting the device from malware or spyware attacks. Hope it is useful.
#Android
Share
Comment