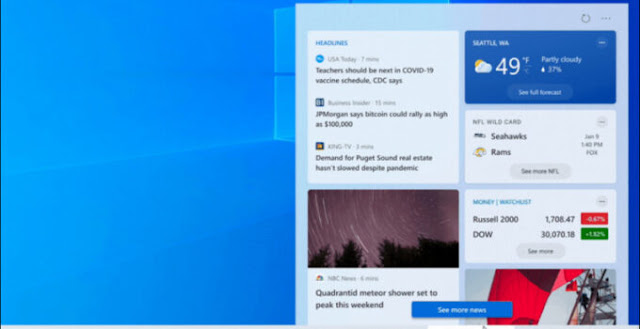 Windows 10 seems to have a few issues that are felt by its users, especially for those who often access the News & Interest feature which has become a superior feature in Windows 10. Microsoft has also confirmed this issue, Monday (23/01).
For those of you who may be using the Windows 10 operating system, you will most likely get the same problem for accessing News & Interest which is currently experiencing problems.
The News & Interest feature was found to have a number of glitches which caused the appearance to be uneven and sometimes Flickering. Microsoft has provided related information which states that this problem is caused by the presence of a bug in Windows 10.
This bug issue then became quite intense concern by Microsoft, where in the end they provided hotfix support for Windows 10 users by bringing the KB5019275 update, through this update Microsoft also provided many improvements.
This update KB5019275 will automatically change the OS Build to 19042.2546, 19043.2546, 19044.2546 and 19045.2546 which are customized to the user's Windows 10 version. In addition to fixing News & Interest issues, Microsoft also provides many improvements through the following changelog:
#Microsoft #Windows
Share
Comment